Igorrr “From Baroque to Death Metal to Electronic and Balkan” 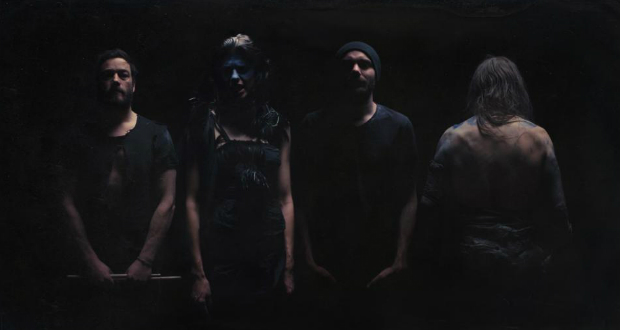 I’m Gautier, I created the project (Igorrr) some years ago, I compose, record, mix and do basically everything which is connected to the project.

Igorrr is always hard to be introduced as it’s a project with many elements and many different influences, from baroque to death metal to electronic music to Balkan music. We all are metalheads in the project but Igorrr is not a metal act and it has no clear or known style which would allow you to label it easily. Igorrr is a project where I try to reach my musical ideal, it doesn’t correspond to any specific style of music but more to my personal musical tastes. I like Chopin or Bach as much as Cannibal Corpse or Meshuggah, as much as Aphex Twin or Taraf de Haidouks, that makes the whole thing special, and non-mainstream.

If you were to invite us to dinner what would you cook us and who else would you invite to the table?

Is that a tricky way to get an invitation for a real dinner at my home?
What about a giant bowl of olive oil with some butter slices as an opening dish, plus some pineapples raviolis mixed with garlic puree for the main dish, and some waffles with 1 cm of salt on the top as a dessert?
I would also invite my mom.

If you had to choose one what would you rather have a year of hiccupping or a year of sneezing?

Definitely a year of sneezing, I love sneezing, it feels so good after it.

What has been the most memorable show of your career to date and what made it so memorable?

We’ve played quite a lot of gigs recently, the one I remember right now was at Hellfest as it was crazy, very responsive and noisy crowd, we loved it. The latest gigs in Russia, in St Petersburg and Moscow were incredible as well, you know, Russians are crazy…
I have very good souvenirs from the concert near Beirut, in Lebanon, and Dour Festival, I cannot really describe why exactly, but the mood of the people made it unreal.

What is the most outlandish thing on your tour rider?

We ask for sharing the hotel rooms with chickens. About 100 chickens per person in order to keep the mood while sleeping between the concerts.

If you hadn’t gone down the musical path of life what would you be doing now?

For sure I would cook. After music, this is the thing I do most. During my teenage I even worked in a restaurant for a short period to pay my first music gear. Actually, I see the music a bit like cooking, mixing ingredients to get the best possible results, and you can even get weird if you want to. You can also grow your own vegetables, it’s like playing your own instruments, you can work with farmers which you trust, it’s like asking a guitarist or a drummer you like to play the parts for you, there are lots of similarities.

What do you think it is that makes your band stand out above others to push you towards stardom?

If you could have any artist dead or alive appear on your next record who would it be and why?

I wish to do music with George Fisher or Mike Patton on any Igorrr release, same with some Taraf de Haidouks musicians, especially the cimbalom player, I wish to make music with them one day.

How was your Tech Fest set?

Tech Fest was really fun! Just before the show we were wondering with the guys of the band what kind of the feedbacks we would get, as we are not playing usual technical death metal, the feedback could have been very bad, and we could have been misunderstood, but instead of this the crowd responded very very positively, much more than we had expected, and the show was really fun, and also very hot.

What are your plans for the next 6 months?

For now, we gonna be touring, we gonna play some more summer music festivals and are going on a nearly two-month tour this Autumn, then some more touring is planned but it will also depend on how our latest album (Savage Sinusoid) is received.

What is the most “Rock n’ Roll” thing you have ever done?

Don’t tell anybody, but once I did some hummus.

We have saved the deadliest question for last… who has the worst farts in the bands?

It depends on the days, but most of the time our drummer wins this competition.

Deliberations From The Shire with Mike James – Igorrr