The Dutch composer and multi-instrumentalist Arjen Anthony Lucassen (Ayreon) writes and produces complex “rock operas” with disconcerting and intriguing story-lines. These invariably include a series of interesting characters, each one of which is represented by an individual singer. Lucassen plays many of the instruments in each of his works, but he also encourages other guest musicians to participate. Ayreon’s music is mostly heavy metal and progressive rock but he often includes influences from the genres of folk, classical and electronica.

His newly released album entitled ‘The Theory of Everything‘ (2013) is his eighth studio album. It features nineteen guest musicians including Rick Wakeman, Keith Emerson, Jordan Rudess, Steve Hackett, Cristina Scabbia, Tommy Karevik, Marco Hietala and John Wetton. All production, mixing, recording and mastering for the album was completed by Lucassen himself.

See our 9/10 review for the new release here!

RAMzine had a chance to chat the Arjen about his new project:

How did the idea for “The Theory of Everything” come to you?

“I was watching a Stephen Hawking science documentary where they mentioned ‘The Theory of Everything’. It sounded like the perfect title for a new Ayreon album, epic and over-the-top [Laughs].” 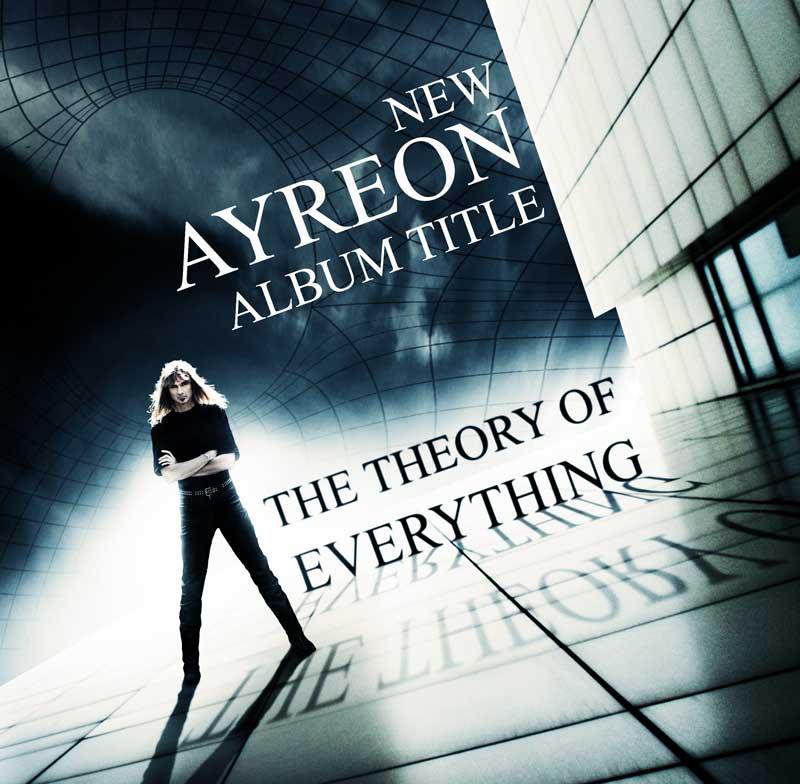 When did you start pulling in other musicians to work on the project?

“Once the music was written/recorded and I had the basic story in my head.”

Did you have any particular artists in mind from the outset?

“Not from the start. But once I had the music and the story I could look for musicians that fit into the concept.”

How did you manage to attract those ‘stars’ to work on your project?

“It’s a different story for each musician. Sometimes it’s hard, sometimes it’s easy. But as Ayreon is getting more known it’s becoming easier to approach and convince musicians to guest on my music. Well, they have to like the music of course, and luckily they did!”

How much did they know about the project before they agreed to get involved?

“I sent them the music (with and without guide vocals) and the lyrics. Some already agreed before they heard anything though!”

How much autonomy did you give them?

“From experience I have learned that I should give all the musicians a lot of elbow room, because the results will be better. I ask them [to help] because I like what they do, so obviously I value their input. As long as it’s better than what I originally had [conceived] of course … I’m still a true control freak [Grins]”

Was it difficult corralling all those artists / great personalities together?

“It’s always a logistical nightmare to get everyone to agree and to fly them over! Of course they are all very busy with their own bands and projects, this is rarely a priority for them.”

How did you get them to work in a coordinated fashion?

“That is never a problem. They all come here in my studio one by one of course, never at the same time. It’s always fun in the studio, we feed off each other’s ideas. When you see the ‘behind-the-scenes’ DVD you will know what I mean.”

Has the science fiction series created by Douglas Adams ‘Hitchhiker’s Guide to the Galaxy’ been an inspiration for you? 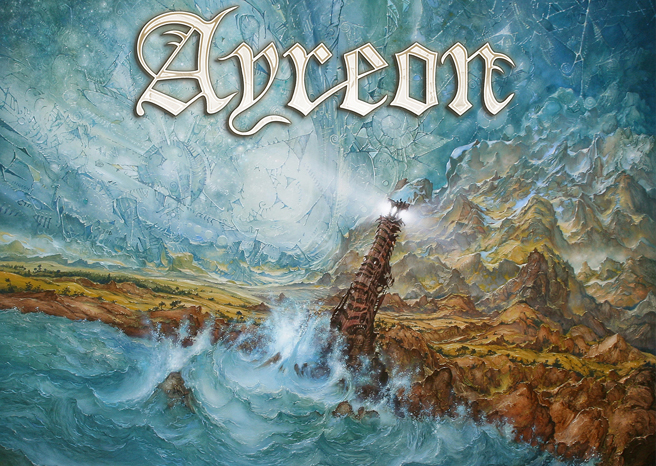 “Not for this project. The idea to subdivide the 4 tracks into 42 segments came at the very last moment. I do like it though!”

Do you think it is important to have lighter or perhaps more whimsical moments in an piece that is – otherwise – quite heavy going?

“Usually I do, but this album barely has any lighter moments. The subject matter really didn’t ask for it.”

Do you think that the great thinkers try to rationalize everything- and try to find order in everything – because they fear the unknown?

“No, I think they are trying to decrypt the unknown. Even though they will probably never even get close to the answer. The more they will uncover … the more complicated things will become.”

In the final analysis, is it because they are afraid of death?

“I can’t speak for other people. I don’t fear death at all myself. I just fear ‘not living any more’ …”

Do you identify with any of the characters in ‘The Theory of Everything’?

At what age did you start to have “grand ideas”?

“It would be arrogant of me to state that I ever had any grand ideas! But when I picked up the guitar for the first time, I immediately started writing songs. I’ve always had the urge to be creative in some manner. I always knew that I would be doing what I do now, and be successful at it … eventually. There was no other option.”

When you were young, did you have any teachers / lecturers who (you sensed) became threatened 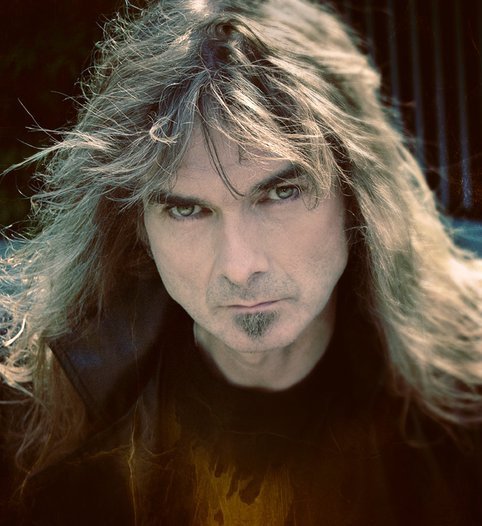 “I was never an outstanding pupil, so no. I don’t think anyone could fathom me. I never fitted in. I never felt part of anything. Until I discovered music. Or… music discovered me [Smiles]”

Do you believe that music has a spiritual dimension? In other words, do you think some mystical and incomprehensible ‘muse’ is still present in good music?

“Wow, deep question! Yes, I do. There is no way to explain why certain melodies work and others don’t. Luckily!”

Was ‘The Who’s’ rock opera ‘Tommy’ a source of inspiration for you?

“Absolutely! But first there was Jesus Christ Superstar – the best rock opera ever.”

Who taught you M-theory?

“Ha-ha, so I got away with it! Just kidding. I have to admit that I totally suck at math. It is something that interests me (though) even if I don’t understand the mathematical side of it.”

Have you read any of Hawking’s popular publications – ‘A Brief History of Time’ or ‘The Grand Design’?

“I watched both documentaries… At least three times! I also love the ‘Through the Wormhole’ series with Morgan Freeman. And Carl Sagan’s ‘Cosmos’ of course.”

Did these works help you understand some of your themes?

Would you recommend audiences Stephen Hawking to gain any insights into your work?

“Oh no. I like to turn science fact into science fiction. And my story is more about human relations and emotions than about physics.”

Are you ready to accept that your audience will come to their own conclusions about “The Theory of Everything”?

“Oh yes, I absolutely encourage that! I really don’t want to force my opinions on the people. It’s my task to entertain and not to educate. But I love to make people think. And I’m a 100% for people making up their own minds. I don’t like people telling us what to believe at all.”

Are you happy to accept that the conclusions they reach could depend on their own points of view and prejudices?

Thank you Arjen! Ayreons ‘The Theory of Everything’ is out now! See our 9/10 review here!