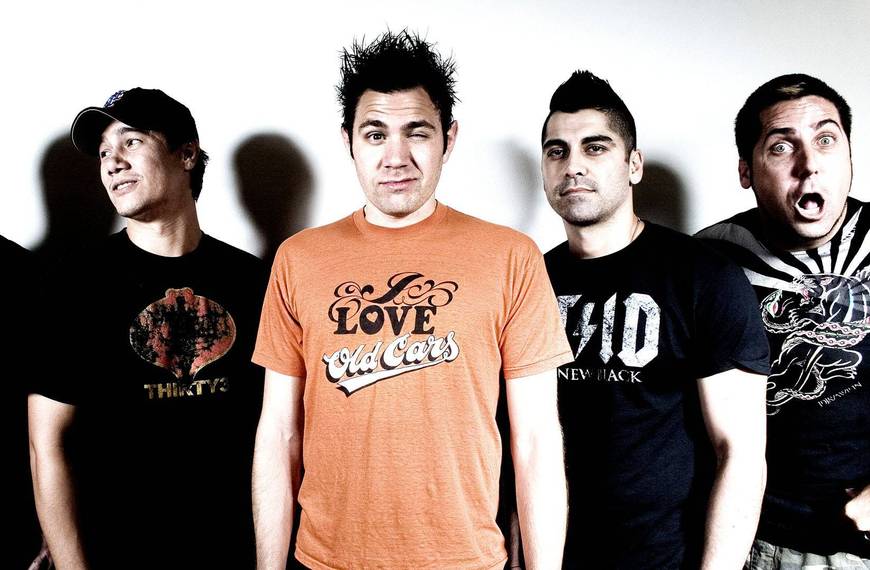 Signed to Sony BMG and their own label MFZB (Mother Fuckin’ Zebrahead, Bitch), the guys have released twelve studio albums over the years, picking up a cult worldwide following. Known for their energetic and mosh-pit-filled live gigs, Zebrahead have recently hit the UK for the Slam Dunk festival and followed it up with dates in Cardiff, Plymouth, Poole and today they are playing Camden Rocks Festival in London.

We have had the pleasure to have a chat with Ali who confirms he is still a party guy but on this occasion we have also seen the very genuine and humble side of the frontman.

RAMzine: How’s coming back to the UK and what do you like about it?

Ali: – We have been coming to the UK for years now and we have made a lot of new friends too so whenever we are around it’s good  to have the chance to hang out together and see what’s new in their lives.

RAMzine: Last year you released a new album ‘Walk the Plank’, can you tell us something about it?

Ali: –  We wrote the album and recorded it in about six months, the last two months we went in the studio with a new producer, Paul Miner, and next we had a gentleman named Kyle Black and we never worked with either of them before so it was kind of a new experience for us and a very positive one. I feel we have recorded in a pretty quick manner compared to the other albums and it feels like we got such a positive reaction from our fans with this album since it’s been released and we’ve been touring on it. You know most of the times fans come to the shows to hear the old songs but this time they have also been asking for the newer songs and I feel like that’s a good sign so we are pretty happy with it and will be touring throughout the summer and after the new year we are gonna go back to work on a new album.

RAMzine: Do you have a favourite song from ‘Walk the Plank’?

Ali: – I do and it’s called ‘Who brings a knife to a Gunfight’, I think it’s because it’s so fun when we play it live.

RAMzine: You are also known for your fun covers. If you had to choose, what song from nowadays would you like to cover?

Ali: – I would say ‘Hello’ by Adele, it’s a very good song and would make a great cover too (laughs).

Ali: – I feel like maybe from the past eight years rock music, especially in America, is not guitar driven anymore but within the last year I think I’ve seen resurgence of punk and rock music, you know with Blink 182 coming back and getting back together and bands like 5 Seconds of Summer, also younger kids start to appreciate pop punk so I think it’s getting better. It’s been kind of a rough time for this genre in the last eight years but I’m sure it’s growing again. I think it’s a wordwide feeling thanks to the internet whatever is popular in one place gets popular elsewhere too so people get to listen to different kind of music.

RAMzine: You guys have been together for so long, what is that you enjoy the most of being in a very well known band?

Ali: – For me it has to be being able to travel the world and play music. This is a pretty great job and we are so lucky to be able to do it so I always say and remind myself how lucky we are.

RAMzine: Do you still have the same passion and energy of when you first started?

Ali: – We definitely do, I think it’s more focused now. When we first started we didn’t know much about touring or like how the business worked and stuff like that but since we have been around for a while now we are kind of more efficient when we are touring. Initially when you start touring you live with a bunch of people on a tour bus so you kinda have to learn when somebody is in a bad mood or anything like that. And that takes a little while. As I said I think we are definitely more efficient and we wouldn’t do this if we didn’t love it.

RAMzine: Your main music videos are all about parties and good times, is that how you are still running your life?

Ali: – Unfortunately yes. A little too much sometimes but it’s fun, everyone on the tour bus is like family so we just enjoy hanging out.

RAMzine: Is there a particular song you will never get bored of performing live?

Ali: – You know you get bored of songs after a while but they come back around. One day I might be like ‘O man I wish we didn’t play this song today’ but then maybe wait a month and I’m like ‘I miss playing that song’. That’s why you gotta change it up a little bit, have a bit of variety. Although if I had to choose I think ‘Anthem’ will always be so much fun and that’s when the kids go the most crazy and you can definitely feel that energy.

RAMzine: Any plans for the future?

Ali: – We are going to be touring throughout the whole summer and we will be playing a lot of festivals. We will keep doing that next year and we are already working on a couple of new songs so hopefully between touring and other stuff we will have enough material to go back into the studio early next year.