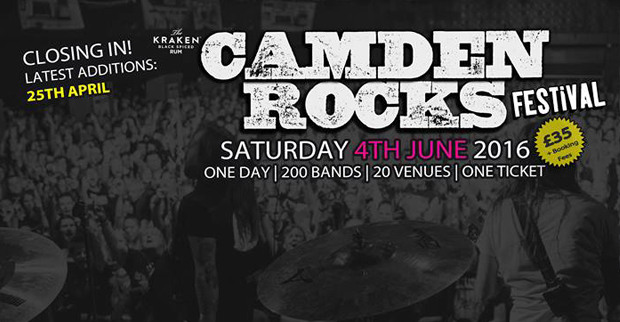 Camden Town has long been the hub of the UK’s rock ‘n’ roll scene. The British music business might largely be run out of plush West London offices, but it’s in the bars and clubs of Camden where the raw talent which fuels the industry is incubated and developed, where the buzz on the world’s hottest new bands is amplified from a whisper to a scream.

Camden Rocks Festival is back this year! Yet again will be awash of great music and festival vibes. On Saturday 4th June, this is the place to be for live music as Camden Town will be buzzing with energy.

Ranging from the most well-known, iconic and best loved gigging venues such as The Electric Ballroom, Barfly and Underworld to some otherwise understated pubs and bars – you won’t be short of somewhere to catch a gig. Your ticket – which you trade in for a wristband is basically your pass to the city, where you are free to roam and enjoy 12 hours of live music. Get ready to explore Camden’s magnificent venues, and experience some of the most unique gigs that you’ll ever go to.

To give you a scale of the enormity and variety of the event, there are 20 venues this year, showcasing 200 bands playing alternative rock, screamo, post-hardcore, punk, blues, indie.. you get the picture. With another impressive line-up, 2016 looks to be just as big as it’s predecessors. In advance of the event, stage-times will be confirmed and you may begin with your game plan, crossing your fingers tightly in the hope that there won’t be too many clashes – the classic festival dilemma that we often face.

The headliner for this year’s festival is The Cribs, you’ll also be able to catch Billy Bragg, Sikth, Zebrahead, Creeper, Sonic Boom Six, Young Guns, The Qemists, just to name a few. With tonnes of bands still to be announced, there’s plenty more where that came from.

Camden Rocks is a great festival, an occasion that presents new bands with the opportunity to play larger gigs and help them develop into the stars of next generation. At the same time, established artists bring their many years of experience to stages both small and large and it’s a really good chance to see their live material if you haven’t done so already. If you want to soak in the festival atmosphere just that little bit longer at the end of the day, there are not 1 but 2 after parties going ahead, which you can buy tickets for separately.

To get you ready and feeling pumped for it, you can check out the festival playlist on Spotify, and visit camdenrocksfestival.com which will tell you everything that you need to know! 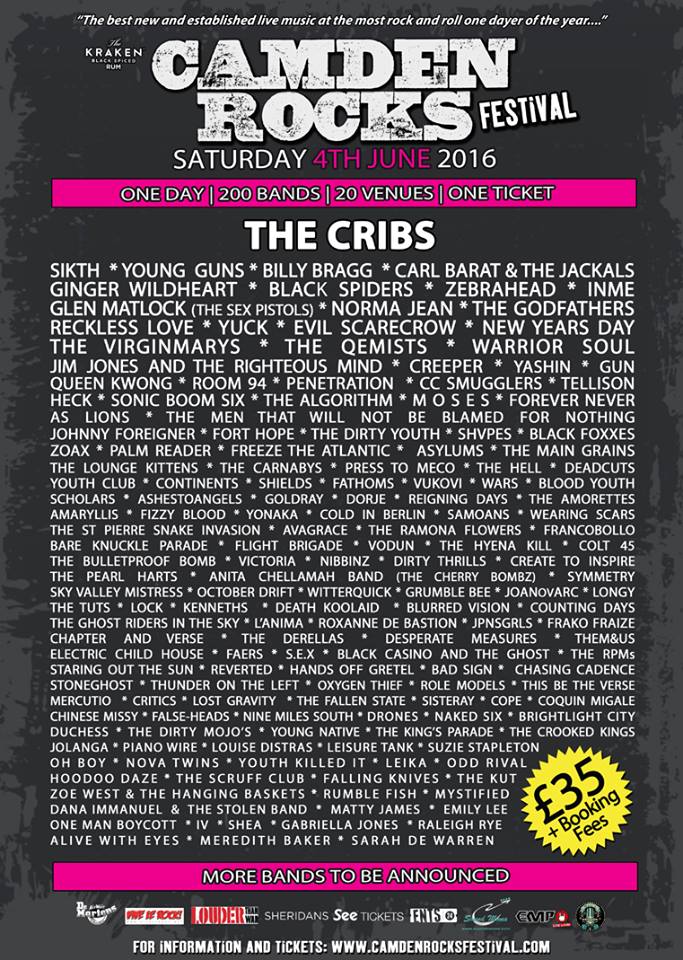