So you want a Record Deal? 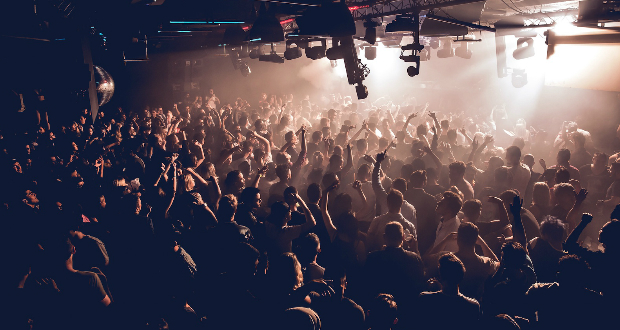 As a publicist, I am constantly facing the same scenario over and over again with regards to record labels. So I wanted to throw in my two cents and actively invite people to share their opinions.

Because I specialise in Rock and Metal, I will be using these genres for my examples.

So you want a record deal? There’s a few things you need to ask yourself before you go running off to Sony, Universal, Warner, EMI, etc….

This isn’t called the music business for no reason folks! To simplify, assets MAKE money and liabilities LOSE money. How many units are you selling in your current release cycle? Have your units increased or declined as you’ve progressed? What are your profits like? What do YOU bring to the table?

Let’s say you are based in Devon, have you built your fan base up enough that if a label signed you and put you on in London, that you’d have a decent draw? Artists travel, and it’s critical for your career to progress to build up your fans in numerous cities that have a solid demographic around your genre. A way to do this is to look at music sales and successful bands that are similar to yourself to see where they’re playing and what size venues they’re playing. E.g. The midlands has a very strong Rock and Metal scene.

3) Do you have a good digital presence?

Note: This bit will cost you money!!

The world is all the more smaller because of the internet and since the 90’s, means you can now release in numerous territories at once!

Are you active on social media? Are you posting relevant material to your social media that build your profile or are you posting things simply for content? Facebook algorithms ensure that only a small percentage of the people that like you page see it’s content in their news feed. This is where boosting comes in, unfortunately in today’s society it is essential that you boost posts if you want everyone to see them. But worthwhile posts, not everyone wants to see you doing a few shreds in your bedroom unless your Slash!

This is also a good thing because it enables you to target your posts to the appropriate audience.

Eg. Rock fans in Nottingham if your advertising a show there or Rock fans within your targeted demographic if you’re releasing a new video / album etc.

This is also where a publicist can come in.
Our job is to promote you to the media be it Print, Digital or Radio. A very good tip on behalf of many publicists I know is as follows….

Give us as much lead time as possible before your record is released!

Many print monthly mags work WAY ahead, sometimes they will already be allocating review slots for the March edition at the beginning of January! Giving us a record well in advance prior to release enables us to try and coincide the review with or before the release of the record. Another major peev for publicists that leave us scratching our heads is the situation we see constantly and the question we always repeat in our heads…. So you spent £4K or more to record the album but didn’t budget at all for promoting it?

That’s as good as going and buying a DB9, never driving it and leaving it in the garage!

For many musicians, their band doesn’t pay their bills and full time jobs are a must! However, when it’s time to switch to your music career are you active? Are you hunting down shows, are you promoting yourself and the venue / promoter (they’ll be more inclined to work with you again), are you always striving to improve? Are you turning up to the venue in plenty of time to sound check? Are you a team player? Labels want hard workers!

This industry is VERY small!

It’s so incredibly important to treat everyone with respect and politeness. You never know who is in the room or who people know. From the big label A&R to the person helping carry your cabs on stage. A vast majority of the major players in the music industry started at the bottom and worked their way up. Eg. Many years ago, a guy called Steve used to hand flyers out for a venue, then he started to put on shows / work closely with venues. Fast forward a good few years and he became the manager for Incubus. There’s also another guy I know called Rob, he started off as an intern and then became Linkin Parks manager and was with them when they released the famous Hybrid Theory album! He is also a really lovely guy, and with everything he has done that leaves me stood there with my mouth wide open in awe, he still takes the time to advice myself and many others on our career journeys.

Note: Some major outlet writers have pen names on smaller sites / word press blogs as they can then write about what they like as there’s not so many strict content rules. Don’t underestimate how valuable smaller outlets can be.

These ladies and gents often do what they do for FREE! They’re the ones that are drenched at festivals, braving Mother Nature to take YOUR photo or to review YOUR performance. Many of them have families and without even realising, they’re investing their time in you for free to help add to your exposure. Being nice to them, will go a long way. Labels want artists that the media like, because speaking from experience… there’s nothing worse than trying to push an artist that a large percentage of the media think is an asshole!

If the above helps one person, job done! Xx