The Struts, bringing the future of rock to London and beyond.

Playing to a packed room at the Electric Ballroom, the foursome from Derby proved just why “Everybody Wants” a piece of them these days. The band, named for singer Luke Spiller’s habit for strutting about on stage, officially formed in 2009 and released their first single three years later. They followed up their debut release with a four-track EP, Kiss This, through Virgin EMI before unleashing their first official album, Everybody Wants. The band’s popularity has snowballed ever since, culminating in a following that worships the ground they walk on. As soon as The Struts drummer Gethin Davies, guitarist and vocalist Adam Slack, bassist and vocalist Jed Elliot walked on stage, the crowd cheered and their excitement fulfilled, even more, when glam rock lead vocalist Luke Spiller came on the stage to the sounds of ‘Put Your Hands Up’ and ‘These Times Are Changing’. The intensity of the room skyrocketed right at that moment and continued throughout the whole show. 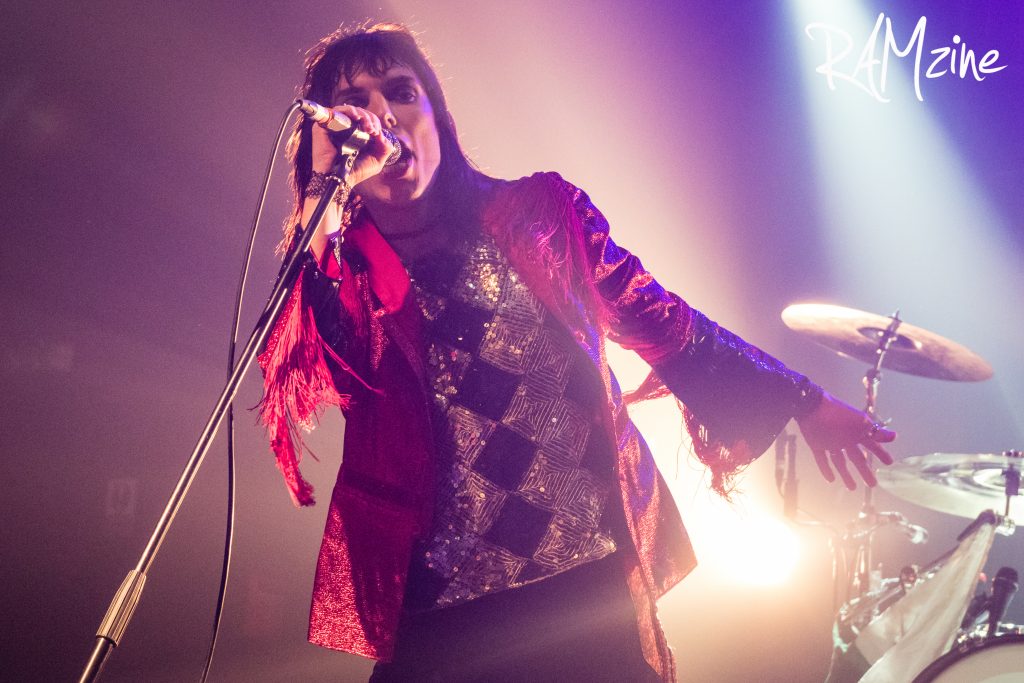 They followed the set with the new single ‘One Night Only’ which didn’t sound so new to an audience that was clearly fully participating and singing along to it. From the moment Spiller hit the stage it’s obvious the sold-out Electric Ballroom crowd is in the palms of his hands. With their big anthems, Spiller’s flashy costumes and dance moves really illustrated influence from the 70’s. Everything from The Rolling Stones to Queen to even Michael Jackson was very vivid during their show. In fact, after the gig, these guys will be off to support The Stones and Foo Fighters, a couple more bands to add to their long list of memorable and timeless artists they have shared the stage with throughout their career. 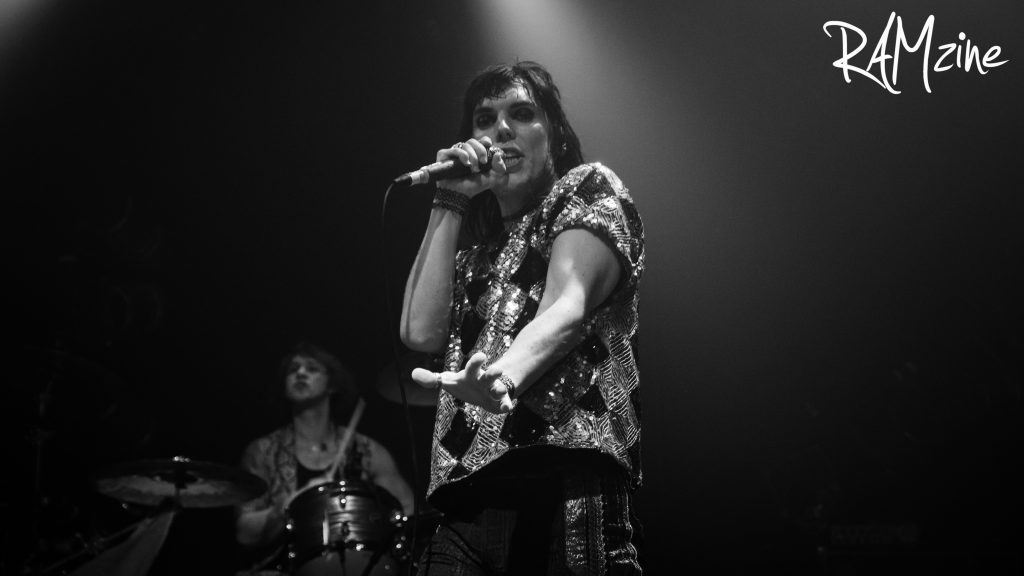 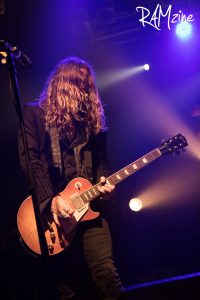 The venue was still at the pick of its excitement by the time ‘Kiss This’ had set a rocket-fuelled pace, and the likes of the named after Spiller ‘Primadonna’ are sung back word for word. After this, the crowd was in for a treat with a first time ever premiere of a new song ‘Who Am I?’ whose catchy chorus already got the whole audience involved. The supreme impression of the four performers was one of complete fearlessness, but as a brilliant ‘Put Your Money On Me’ spilled forth yet more freshness and talent, it was interesting to think of the perfectionism that went into it. For The Struts, that hard work is clearly paying off. During the show, Spiller often split the audience and really controlled it by making them repeat everything he said. It was usually short sung verses and the whole thing almost sounded like he was conducting them. 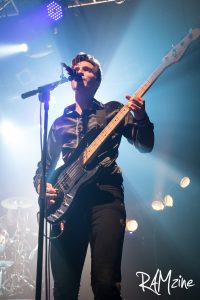 It’s clear that The Struts have influence from different musical legends, but are not trying to replicate them. There is also some influence from 90’s alternative rock band such as Oasis and on this occasion, we were lucky enough to see them performing a memorable cover of ‘Supersonic’. Throughout the whole song, the band kept their own distinctive sound and intensity on stage which definitely brought people to want more. These guys could have easily played until midnight and people would have stayed. In today’s world, it’s not uncommon for concertgoers to view the stage through their phone screens, trying to preserve their memories through film. Although I’m often guilty of this, when I saw The Struts tonight, my phone stayed in my pocket for the majority of time. I was too wrapped up in the moment thanks to the chanting crowds, the guitar solos, the stylish retro outfits to even think about focusing on anything but what was in front of me.

Of course, although Spiller was the star of the show, the other members of The Struts, Adam Slack on guitar, Gethin Davies on drums, and Jed Elliott on bass were indispensable to its success, as well. Thanks to them, the music was charged with energy and even more impressive than the record. 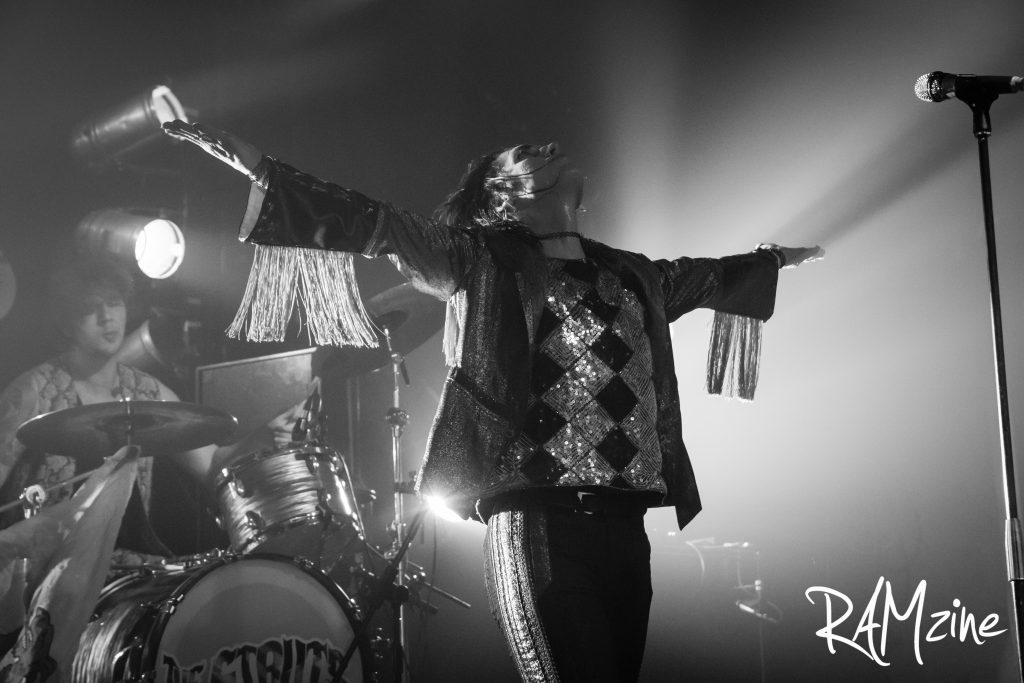 Near the end of the concert, Spiller instructed us all to crouch and then leap toward the sky in one coordinated wave of jubilation. They closed the gig with an extraordinary encore comprised of mega hits ‘Could Have Been Me’ and ‘Where Did She Go’.

This definitely wasn’t just a gig but an all-singing, dancing, costume-changing extravaganza, tonight was both good fun and a showcase of fantastic songwriting. Behind all the flashiness and fun refrains, there’s a sense of honesty and optimism that makes their music glow. Let’s hope they keep on strutting for years to come.