Deliberations From The Shire with Mike James – Furyborn 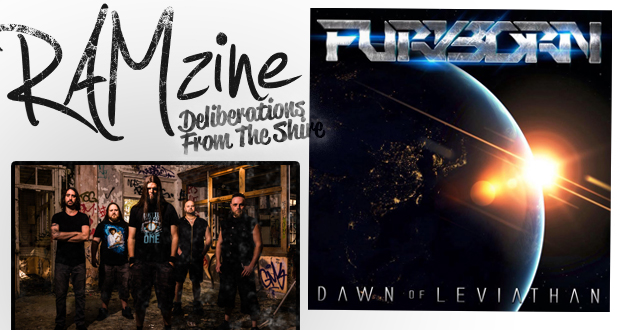 Furyborn class themselves as a ‘Modern Melodic Death Metal’ band that should prick up the ears of anyone, but as you listen more carefully to Dawn of Leviathan I feel it’s more of a crossover as there are very strong resemblances to Trivium fronted by a Howard Jones-esque Killswitch Engage. The vocals from Jut Tabor are strong and monstrously powerful in places which are met with the intense ferocity of the riffs and pounding rhythm section.  After listening to this on repeat for a few days it’s easy to see how people could do themselves a nasty neck injury head banging away to the weaponised savagery of these fearsome new tracks.

The band have not sat back on the sound that had them handpicked to play at Bloodstock 2011 and this album is as strong as any underground act out there still struggling to defend the metal faith after all this time which is a testament to not only the unit of the band but the hunger to write and play heavy music.

For me, the best tracks on the album are ‘Deep Rising’, ‘The Reckoning’ and the title track. Make sure you check them out online and if they are playing a show near you get off ya sofa and into the venue, you will not be disappointed but you will have a sore neck after the show.