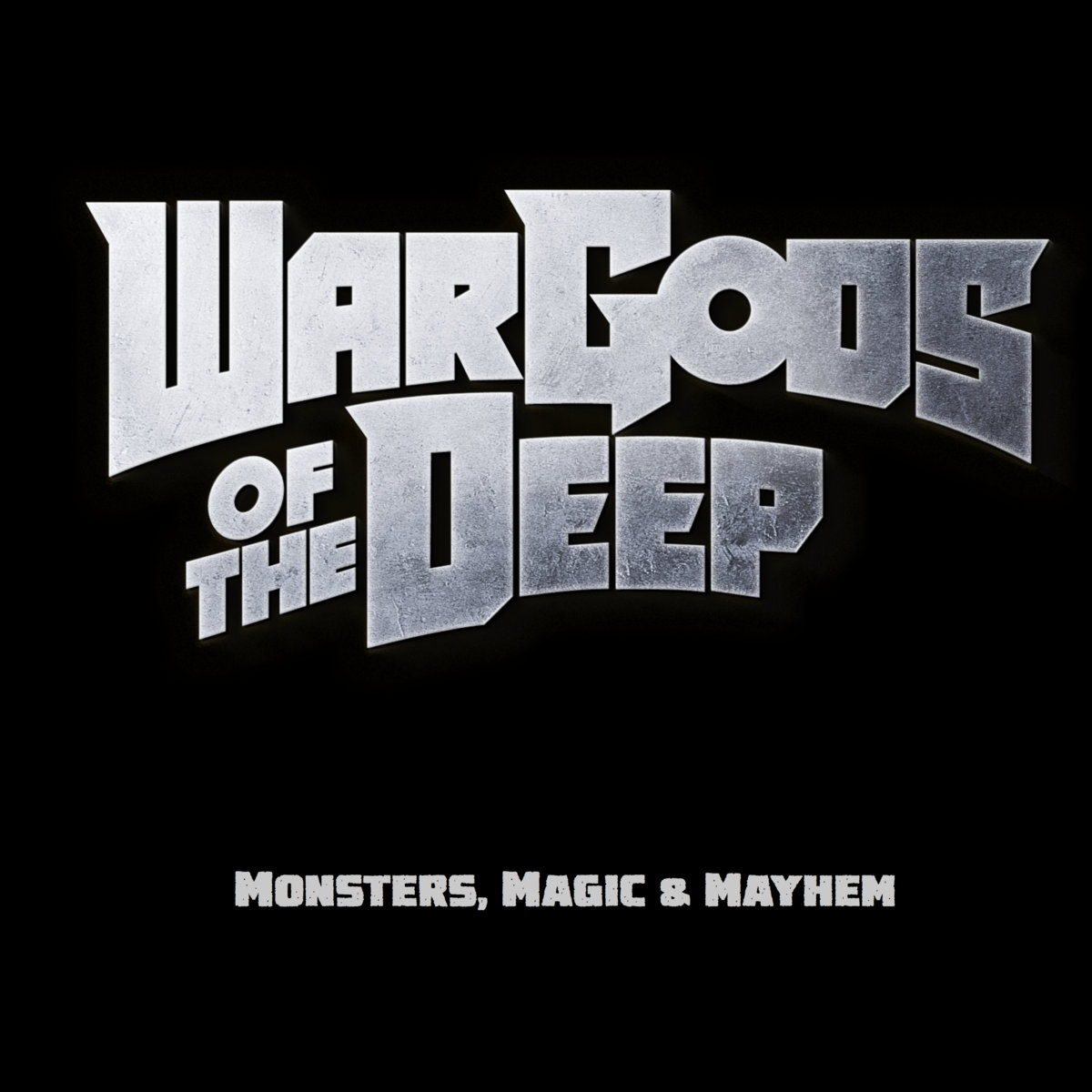 Not to be confused with the early 60s horror movie based on an Edgar Allan Poe poem though that’s possibly where the name came from, War Gods of The Deep may not even be a band just one guy. Both their/his website and Facebook site are purposely obscure. However, should music sounding like Metallica brats weaned on Kiss who still collect old Marvel Comics be your thing then there may be something here for you on this EP.

Broken chords go about their business while the rhythm gets heavy underneath on ‘Difference Of Opinion’ and long distorted chords have us preparing for the mosh-pit only for the backbeat to have the song more Nickleback play classic rock, with harmony vocals entering the picture ahead of similarly performing guitars followed a long slow ending on this six minute epic.

Next up is ‘Electro Computer Brain’ a smart-assed heavy rock ’n’ roll number that has Ramones style vocal hooks with a glam metal attitude. That’s followed by the riff to ‘Wizard Of The Damned’ where Beatles harmonies share time with God of Thunder evoked spoken words before it all gets a bit shout-y before almost crooning Crosby, Stills & Nash style while the music pummels away.

Variety is the name of the game here. Overall the sound is that of slightly gonzoid modern metal that enjoys dipping its feet in the backwaters.