Deliberations From The Shire with Mike James – RAM 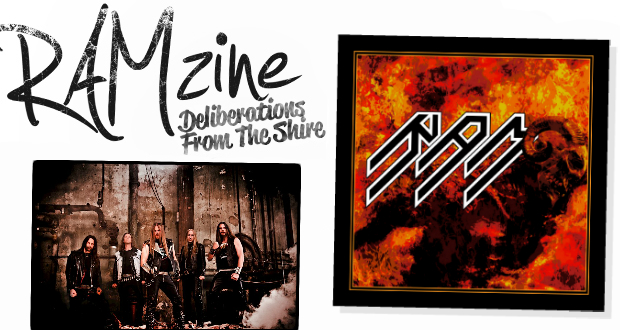 Hard Rock outfit RAM return with their new album Rod, another band coming from the Gothenburg scene which seems to produce band after band of strong fiery hard music (must be something in the water there). Having been together and recording since the start of the millennium it’s fair to say that RAM have stayed true to their beliefs and they are not happy with the misinterpretation of metal.

Rod takes the traditions of the classic acts and very subtly blends them in a modern way to keep that sound alive and relevant. Having toured relentlessly for years at the start of 2017 it was time to start working on the follow up to their fourth album Svbersvm which came out in 2015.

The difference with Rod compared to other albums in their catalogue is the inclusion of six tracks as a concept which they state as “Filling up the whole of Side B” (for those who buy vinyl I guess). It follows the chronicles of Ramrod and needs to be heard. There’s epic robotic overlord intro’s, huge sweeping solos and a story to it all.

Standout tracks are ‘Gulag’, ‘On Wings of No Return’ and the track that sums up the cover art work ‘Incinerating Storms’.