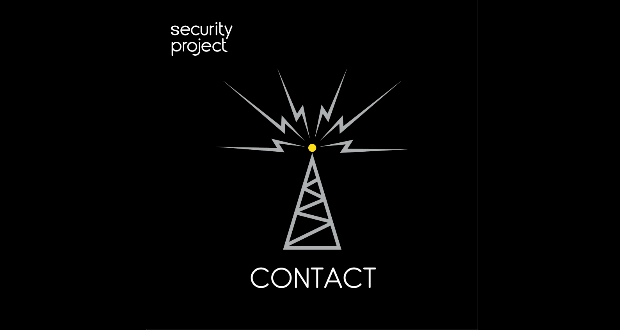 Featuring former members of King Crimson, post-punk band Shriekback  and Jerry Marotta, who played drums on Peter Gabriel’s first five solo albums, Security Project have returned with a new vocalist and another collection of live tracks. Taken from recent shows in the US and Japan, the album largely features reworkings of Peter Gabriel’s seminal early solo material, with the exception of a rendition of erstwhile Gabriel collaborator Kate Bush’s ‘Mother Stands for Comfort’.

CONTACT focuses predominantly on Gabriel’s eponymous third solo release, often referred to as ‘Melt’, which featured two of his most famous solo tracks – one of which is reimagined here – and 1982’s fourth solo release, again eponymously titled, but often known as ‘Security’. As one might expect given the calibre of musicians in the band, the album sounds sonically flawless. Such is the note perfect delivery of the material that one almost forgets that CONTACT is a live album until the crowd can be heard showing their appreciation between numbers.

Although Security Project focus entirely on cover songs, they are not mere imitators; each track is less a carbon copy of the original than a reimagining that adds new nuances and layers. And in new vocalist Happy Rhodes, who boasts a frankly mind-boggling four octave voice, they have someone that can deliver the requisite air of kooky eccentricity essential to successfully covering Gabriel’s material. Such is her range that she is able to carry off both Gabriel’s lead vocal parts, and Kate Bush’s haunting “Jeux Sans Frontieres” refrain in an outstanding reinterpretation of Gabriel’s anti-war anthem, ‘Games Without Frontiers’. It’s a song that is perhaps even more pertinent in its withering criticism of geopolitical sabre rattling than ever; “hiding out in tree-tops/shouting out rude names” will sound very familiar to anyone following the recent infantile mud-slinging that has brought the planet to the brink of nuclear destruction.

‘Mother Stands for Comfort’ from Bush’s classic ‘Hounds of Love’ album is rearranged to incorporate a more progressive sound than the original, and such is the freshness of the reinterpretation of the song, it could easily pass for and original Security Project number. It really is when boundaries are pushed, and the original material is significantly deviated from that Security Project show their undoubted class. ‘No Self Control’ from the ‘Melt’ album is a more raucous affair than the original, delivered in a discordant, almost industrial style with some remarkable vocal acrobatics from Rhodes, again putting the distinctive Security Project slant on the song.

Whilst lacking original material, CONTACT is much more than a covers album, and will delight Gabriel fans in its bold and creative reimagining of the source material, and the technical brilliance of the delivery. Gabriel’s work is lovingly brought to life in new and interesting ways, further demonstrating the timelessness of his creative output.

Nick Harkins
Goth, punk, hippy, metalhead, folkie lover of the darkest corners of the musical landscape. Son of Caledonia resident in the crumbling, post-industrial wastelands of darkest Dewsbury. Writing my first novel. If I ever finish it, please buy it.