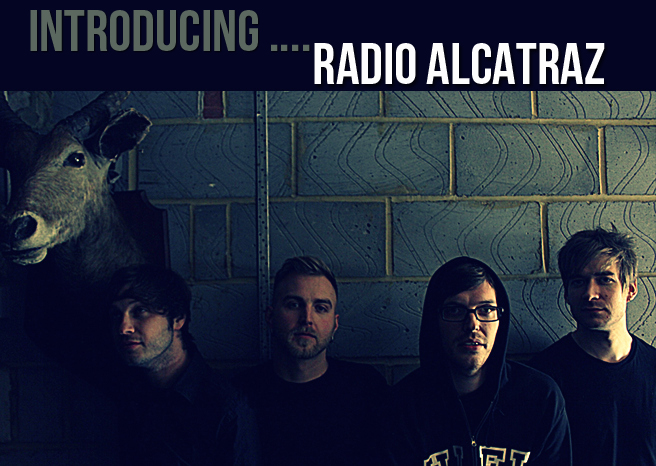 Radio Alcatraz are a band that were formed around what is essentially the best goal a band can have: to make music that’s honest and credible and to have a live show to match.

And boy have they done it! Producing a sound that stems from a variety of influences including Breach, At The Drive In, Refused, Hell Is For Heroes, Thrice, Oceansize, Neurosis and Cave In, they have created a listening and live experience that is as fresh and exciting as it is energetic. After putting out their absolutely stunning debut album ‘Populous: In The Belly Of The Beast’ in 2012, the band has gone from strength to strength sharing stages along the way with such bands as Anti Flag, Hell Is For Heroes, Capdown & Palm Reader amongst others. Sporting great levels of energy, socially aware lyrics and some honestly stellar songwriting it is an album any fan of ‘alternative’ music should own. Staying true to their DIY ethics the Populous album was completely self funded and released simultaneously with a video to accompany the first single Running Through The Stitch. Arranged and filmed by the band and their colleagues it fits the vibe of the album perfectly and can be viewed at the bottom of this post.

After a very busy 2012 for Radio Alcatraz they hit the studio hard again and in early 2013 emerged with a new single The Physical Effect. This sees the band taking a slightly different direction as far as their sound is concerned and ventures a little more towards the darker and heavier side of the band. It’s a truly stunning follow up to the Populous album and whets the appetite fantastically in preparation for their next release, whether it will be in EP or full length form.

If your a fan of honest, truly DIY music then these guys are certainly a band for you to check out. Singer Simon Griffiths constantly and seemingly effortlessly gives performances laced with frustration and honesty that are a fantastic listen each and every time whilst Andrew James Eales (Guitar), Tim Hughes (Bass) and Daniel Wheeldon (Drums) maintain a high level of quality songwriting throughout, that is as refreshing as it is unpredictable, constantly keeping the listener guessing as to which way any particular song will go next.

2013 is bound to be a big year for this band so keep your eyes peeled! All info and music can be obtained via the bands Facebook page.