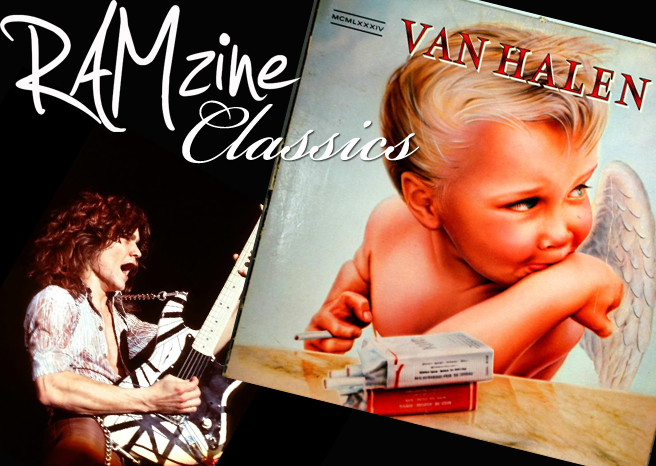 Picture the scene. It’s 1984 in Hollywood, California. It’s 7pm on a Saturday night on the Sunset Strip. Queues are starting to form around such legendary venues as The Roxy, The Troubadour and the Whiskey–A-Go-Go. A band has just released their fifth album, and there’s a buzz around Sunset Boulevard that this could be one of the great albums of the 80s. That band is Van Halen and the album in question is the utterly seminal and timeless “1984.”

This album defined a generation. This was a time where spandex, hairspray and bad attitudes ruled the American music mainstream. However, as good as most of these bands were, for example Cinderella and Poison, they lacked the serious musicianship to ever break out of that hair metal label. Van Halen had a secret weapon: Eddie Van Halen.

The man is a genius on the guitar. He popularised the tapping technique to such an extent that it is now considered a regular occurance on the guitar, whereas in the early 80s, barely no-one was using it. Backed up by the furious rhythm section of his brother Alex Van Halen on drums and the energetic Michael Anthony on the bass, there was no questioning Van Halen’s musicianship among their peers.

Yet, their most unique weapon was their enigmatic singer, David Lee Roth. The man’s incredible vocal range and elastic stage and studio performances firmly cemented him as one of the greatest frontmen of the last 30 years.

On to the album itself then. It’s a rock and roll tour de force from start to finish, offering up a selection of the happiest tracks I have ever heard. After the atmospheric bass synth intro “1984”, the album kicks into Van Halen’s best known track, the over the top “Jump”. I bet if you asked someone what a synthesiser sounds like, they’d hum the opening riff from this song. The rhythm section sets a beautiful backbone for this song, allowing the synth and vocals to turn it into a mega-hit. 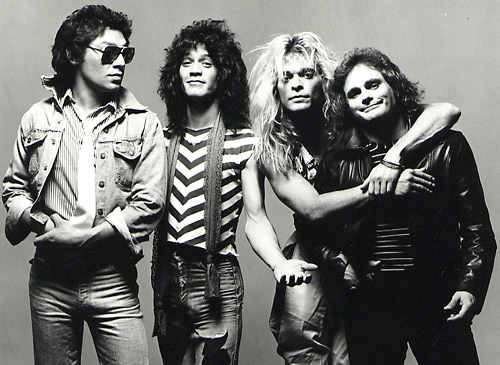 Next up is my personal favourite, summer anthem, “Panama”, which was also featured in the hit movie of 2004, Superbad. The guitar work on here may be simple, but it is absolutely flawless, and the track conjures up those wonderful images of late nights on the Sunset Strip with a bottle of Jack Daniels and a slice of luck. Arriving next is the intricate “Top Jimmy” which is a fantastically constructed song, and probably the most bluesy song on the album, yet filled with a punk attitude. Roth’s vocals really shine here, with the full range being showcased in clean and rough styles. The guitar solo in the middle of the song is utterly mind blowing, and Eddie Van Halen’s use of the tremolo system on his guitar really shines through.

Following from this double salvo, is the funk filled “Drop Dead Legs”, a song clearly about that one girl everyone lusted after, but no-one had a chance with. This level of identification with their fans is something which ensured Van Halen’s progression to the level of rock greats, and it really captures the feeling in the 80s of teenagers wanting to be as cool as Roth and Eddie, so they could get the girls. The track itself offers a real funk groove, with a loose guitar riff, underpinned by the bass which creates one of the aural highlights of the album.

Next is “Hot for Teacher”. As a drummer, when I first heard this song back when I was 10, I couldn’t even begin to fathom how Alex Van Halen played that opening drum solo. The introduction of the tapping guitar over the top is fantastic and when the guitar kicks in fully it creates an effect which is quite simply awesome. The song as a whole follows a real upbeat pattern and is the genuine whole highlight of the album.

Finishing the album off are three tracks which are all fantastic, “I’ll Wait”, which is the closest thing to a ballad on this album “Girl Gone Bad”, a real mid tempo rocker and “House of Pain”, which offers a classic slice of funk, leading into some real rock and roll attitude to close the album. These three really finish off the album in a tidy fashion, and make it feel complete.

I would recommend this album and Van Halen in general to anyone who likes rock music. Yes, they may be clichéd; however they are damn good at what they do. That’s why they’re one of my favourite bands, and this album I count as one of the most important that I own.