While She Sleeps ‘This Is The Six’ Album Review 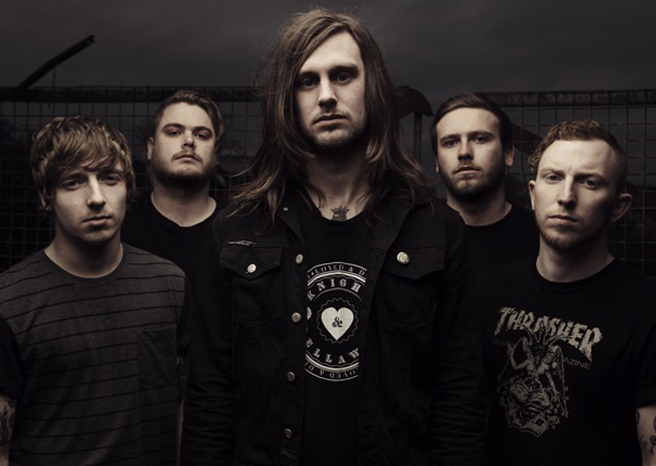 From the moment While She Sleeps released ‘Dead Behind the Eyes’ as a free download, their unnamed album became one of the most anticipated metal records of 2012. The boys from Steel City have managed to build an army of followers off the back of a mini-album, and wherever you go, kids are wearing their famous WSS emblem t-shirt. Now it’s their time to prove what all the fuss is really about with their debut full-length album This Is The Six.

‘Dead Behind the Eyes’ starts the album as they mean to go on: fast, heavy and overflowing with energy. Vocalist Lawrence Taylor was clearly a pissed off man at the point of writing his lyrics, but with the level of aggression that other four members have managed to capture in their compositions, anything other than negativity would be certainly out of place.

Neither ‘False Freedom’ nor ‘Satisfied in Suffering’ stray far out of the band’s comfort zone, but it has to be appreciated that While She Sleeps have developed their own style and will ultimately play to their strengths. A small grievance is that Mat Welsh and Sean Long appear to over-rely on ringing their guitars to introduce a song or flow two sections together, but it does work nevertheless.

However, there is something about ‘Seven Hills’ that has hoisted the band into risky world of day-time radio, which remains vastly unexplored by metal bands. Admittedly, the guitars are a minimally softer and a conscious effort has been made to produce a catchy chorus, but even though Fearne Cotton likes it, I refuse to believe they have “sold out”.

Title track and second single ‘This Is The Six’ is predictably the standout song on the album, but only by a short margin. All too often bands release the good tracks as independent singles, but then sandwich them between uninspiring fillers to complete an album. But for This Is The Six, it’s the unreleased jewels of ‘Until the Death’ and ‘The Plague of a New Age’ that truly showcase the quality and consistency of the record these guys have produced.

Their exposure on day-time radio can only be seen as positive because they have won the right to fly the flag for British metal by staying true to themselves and only improving on their signature style. This Is The Six has truly justified the hype then.