Track By Track: Hornets ‘No Faith’ 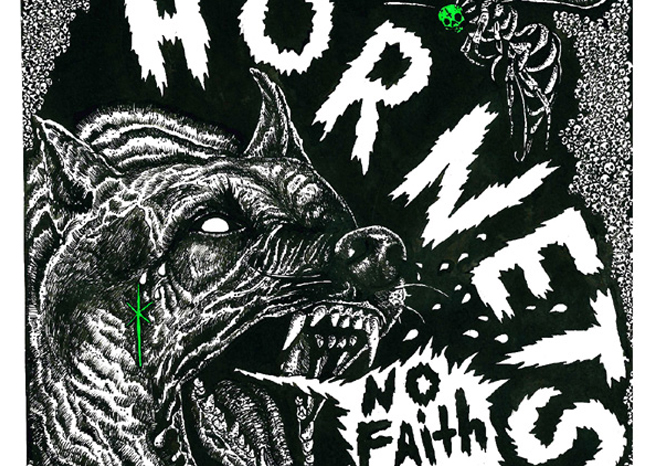 Irish quartet Hornets are undeniably a nest of musical fury, serving up doom, gloom and groove in the shape of forthcoming EP ‘No Faith’. Seeing release on March 31st, including vinyl from Guys With Beards Records, the quartet will make their first foray outside of Ireland, exporting their high octane, intense live show to UK audiences throughout March. But in advance of that flurry of activity, Drummer Rick guides us through ‘No Faith’ now…

Stay Free was the first single to be released off the No Faith EP. The song is generally about bullying and about how some of the more powerful and confident figures in today’s society suppress the weak and more vulnerable. As for the video for the track, we wanted to convey this message in a really crass / grim way. The intro riff is pretty much the driving force behind most of the song. It came about from Andy (guitar) challenging us to play the riff as fast as we could, it used to be a good deal slower than this but over time it has made its way up to the pace that you hear on record. We play it even faster live but thought it would be a good idea to shave a few BPM off in studio to allow for better production value. In this song we opted for a different approach to structure than we would normally make use of, with the verses being hard hitting and the choruses being more stripped down, it’s usually the other way around for us. 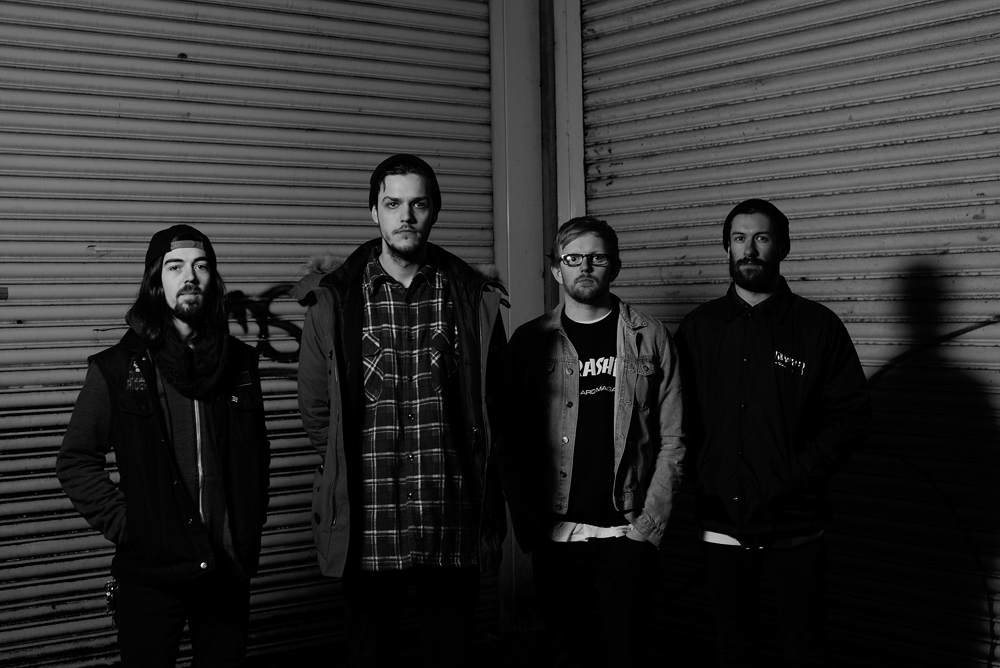 Doom-as-fuck intro, every time we play this tune live I’m pretty sure the intro gets even slower. The vocal intro is held for ages, Rocky’s face (Studio Engineer) was pure one of amazement / disbelief! There are some gang vocals on this track too, everyone’s natural howling seemed to cover different vocal ranges which all fitted together nicely. James explains in more depth about vocals… “The vast majority of this EP was written around the time when the last relationship I was in ended, this song was written towards all the people around me who were advising what to do in a really casual way, without knowing the complications and / or giving a real shit.”

This song was originally about the break up of my folks (James – Vocals) during Winter 2013, but it was still pretty fresh when we were in the studio and for reasons best to known to someone else I didn’t wana shout about it just yet. I re-wrote lyrics for the whole song in the studio, it ended up being about my frustration with the pace at which my brain works, and my craving for creativity and activities with my friends and the cold cut down you can revive sometimes. Jehovah is probably the most frantic song on The E.P. It starts off with a slow groove then shifts between this groove and D-beat several times before moving to a guitar chug based outro. This track and Advice were the first two to be written for No Faith EP. This is one of the few songs we have that makes use of a tempo change (happens @ 1:48, after solo going into breakdown), we tracked the drums in two separate sections and edited them together before tracking bass / guitar / vocals.

This is probably the most straight up song I’ve written lyrically (James), it’s somewhat of an explanation to the girl I was last in a relationship with, why I played my part in the demise and where I’m at. We still hangout though so it’s all good. This was the definitely the fastest song off the E.P. to come together in terms of song writing. It Started with Andy jamming the main riff at practice and within about half an hour we had the basic structure down. We liked the idea of having a hard hitting song with only 3 sections, sometimes you’re forced to be more creative when you limit your musical pallet like this and you can spend more time focusing on the subtleties within the track. When the song kicks in and the pace is set it doesn’t relent until all hell breaks loose at the end noise-wise. We recorded guitars for the verses with Andy in the tracking room along with the amp; this allowed him to get up close and personal with his orange thunderverb to get some really nice eerie reverberant feedback.

Behind me was the last song to be written for the E.P. We had always planned to write something a lot slower than most of our other material, we knew we needed a really dirty / sludgy song to go last on the EP in terms of running order. As mentioned before when we were writing the record, I (James) was going through a hefty and all consuming break up and this was a really defeated outlook on our relationship and it’s demise, grim as f**k but ultimately glad I wrote it. This was probably the most enjoyable song for Andy to record on guitars as was able to experiment with different octave / reverb / delays effects in an effort to find an ultimate doom tone. The outro riff of the song was overdubbed with as many guitars as Andy could convince our engineer Rocky to allow (and then some). We wanted the last riff on the EP to sound as filthy as possible!