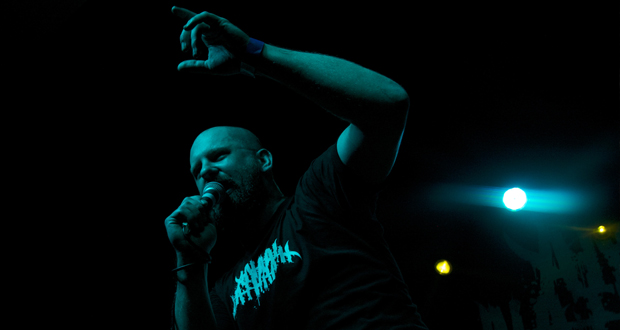 When you hear the name Anaal Nathrakh the image of brutal and chaotic extreme metal comes to mind. This was demonstrated well with the band’s powerful stage presence and apocalyptic sound. Being headliners of the evening and playing with some brutal black metal acts one would think it would be difficult to follow such insanity although, when it was their time to step up to play their ferociousness was unparalleled. There is good reason why this band are one of the heavyweights of extreme music and they command and dominate both the ears and the mind with their particular and influential music.
We caught up with vocalist David Hunt AKA ‘V.I.T.R.I.O.L’ before the gig to discuss their latest album and motivations.
You guys have been touring the UK with respect to your latest album release for ‘Desideratum‘, how’s it been going so far? 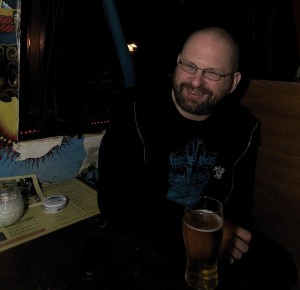 “It’s been fun because we’ve been to places we haven’t been to before and we’ve played places bands don’t usually play. We’ve completed a handful of shows in Milton Keynes, Glasgow and Gloucester and then this last week just gone we have been in Leeds for Damnation Festival which was sold out.”

Indeed some far out places, that bands don’t always get to. How do you usually prepare for touring?

“We usually arrange among ourselves (Minus Mick who’s still in America) getting gig ready and then Mick will come over a few days before and we’ll go over our set for the shows we are going to play. As with all venues you can experience issues with preparing and shifting gear about but depending on where we are, if for example we are playing a foreign country gear is usually provided and set-up for us. I’m actually in another band Benediction and Ash who is playing drums for them drives a Splitter for a living so we have been fortunate to be able to have this as an advantage regarding getting about.”

That’s really handy then! You guys have just released ‘Desideratum‘, how do you think it has been received so far?

“Pretty well as far as I can tell and there has been some positive reactions. Of course you can’t please all the people all of the time for example we had one review that was 0/10 quoting ‘This is the worst album I’ve ever heard’ which we thought was great, we love reviews like that.”

“Anaal Nathrak brilliantly throw grindcore, black and industrial metal into a sonic blend, which most parents would be terrified to hear pumping from their child’s bedroom” – RAMzine

So what’s your opinion of the UK metal scene at the moment?

“I don’t really have one. We tend to exist in a little bubble to be honest and what with the internet being the way it is and so much material out there half of the music I listen to isn’t even from the UK. Some of the bands I’ve seen recently have been pretty good. Corrupt Moral Alter for example, one of the members is a good friend of ours and it’s been good to see them and they are on a descent label but really for a state of the arts answer I don’t really know, I just come across what I come across however, judging by the likes of Damnation there seems to be some great bands about.” 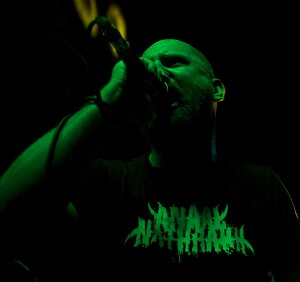 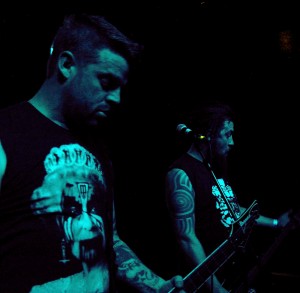 Is there a particular method to your writing, where do you take influence from and how do you keep your sound so fresh?

“We don’t take influences from anywhere to be honest. We did originally and probably still do via osmosis but there’s no conscious attempt to do anything other than what feels right because it seems if you are consciously modelling yourself on something exterior to what you are doing yourself, you’re always going to be creating something other than your own thing. It’s always been the same for us, Mick writes the music and I sing on it it’s that straight forward. It’s not as if that’s interchangeable, we always have a chat about things but he’s way better at writing music than I am and I’m better as singing than he is.”

Are you guys quite open with ideas in the writing process.

“Yeah we are but to be honest most of the ideas that are going to be best for what it is we are each doing is going to be the right ones for ourselves and we tend to leave each other alone to do our own thing for the most part unless we have a specific thing we’d like to include.”

With the rise of home recording capabilities and some of the technologies available to musicians nowadays what advice would you give any bedroom musicians out there or any bands who are writing from home? 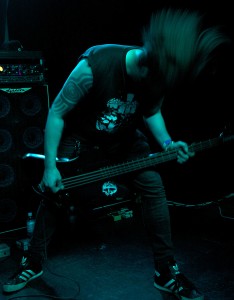 “There’s no excuse to be a bedroom musician anymore because that’s almost a pejorative term, it suggests amateurism. If you’re doing things yourself given what you can get your hands on these days, that good isn’t good enough. I think you should be pushing to equal whatever it is you’re doing in the first place because the technology is available and you can do it. It isn’t necessarily free but it doesn’t cost a lot like it used to so I think the way technology has developed is a massive boom for people working be it in isolation or their bedroom etc. It’s the only thing we’ve ever done and people might criticize us but we think it sounds pretty good so you can do it.”

Are there any writing or performance tools that you guys have stuck with or swear by or even recommend?

“When we were recording the vocals for this album we stuck to three rules. One of them was ‘More of it’. If you like it and it’s good don’t fuck about of it just have more of it. The second was ‘Off’, which is again, ‘Don’t fuck about’ – Don’t get fancy with arrangements, does it do what you want? Yes? stop! I can’t remember the third point but it was something equally ridiculous like keep it simple.”

That’s good because I suppose you could be working on something forever otherwise? 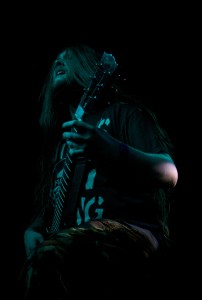 “Exactly. I mean we could have carried on with most of the albums we’ve done but you have to go ‘That’s it’ at some point.”

What keeps you guys driven to keep making new music after 8 albums?

“We’ll keep making music whatever, it’s part of us so it’s not as if making music is an activity that we engage in, it happens and it’s what we’ll do. Come the time do to a new album we don’t set targets in mind to do certain things for a new project, we don’t employ a work ethic. It’s just a function of what we’re like.”

So have you got any gig or tour stories that have stuck in your mind that you want to share?

“I couldn’t pick out one instance. It’s really just a concatenation of a bunch of idiocy and shit.”

Anaal Nathrakh have collaborated and come together with a lot of well known extreme metal musicians and acts to date. Are there any more out there you would like to work with? 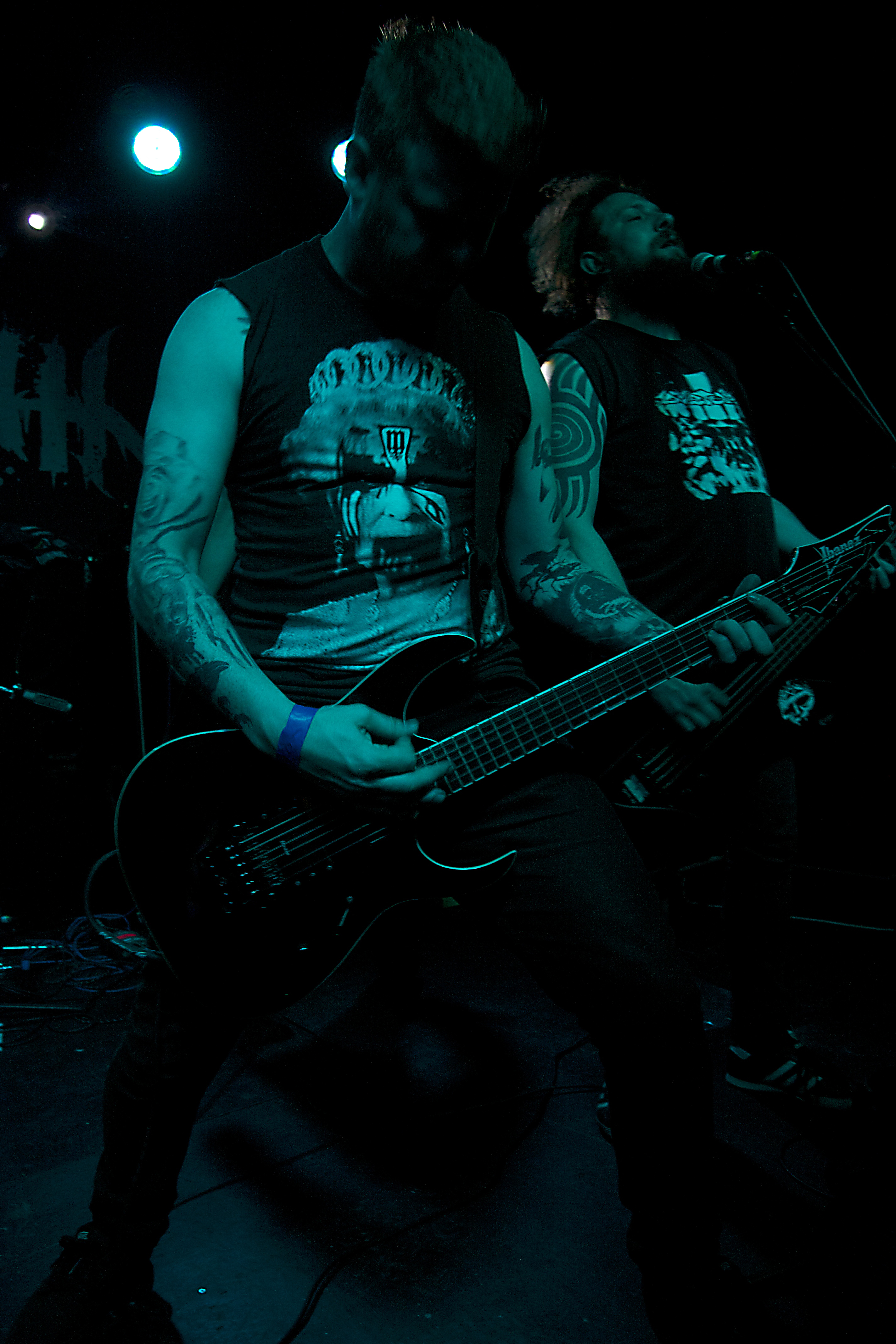 “Yeah King Diamond. We both really like them so we’d like to get involved with them at some stage. Other than that not really as we’ve not set out to write with others it’s just kind of cropped up as and when. So I’ve got a couple of ideas as has Mick which we may look into but two people we really wanted to work with didn’t work out. there’s this really evil techno band called GGFH and the guy behind that agreed to do something with us but there were time constraints. Then when we went to record with him on this album he had sold all his kit and moved away from music forever so that was the end of that. The other one was Phillip Best from Whitehouse who I emailed but unfortunately answered back to say he didn’t have time, which to be fair was probably the polite way of saying ‘Fuck off’  but it was nice to get an email back for me as I’m a big fan but other than that we’ll see what happens.”

So what’s in store for 2015 from Anaal Nathrakh?

“Well at the moment we’ve got a lot of festivals lined up. We’ve got some shows in Germany planned and we are off to the US in May so we’re getting around. Also we are already starting to think about what we might want to do music wise next year which we’ll have to see about although, it probably won’t be that long until we’re recording again.”