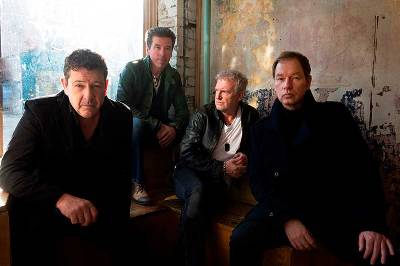 Canadian rock band Glass Tiger, return to the UK to play a rare concert at the University of London Union Live on Friday 19th October  and the Rockingham Festival on Sunday 21st October.

Best known for their 1986 UK Top 40 hit single ‘Don’t Forget Me (When I’m Gone)’ and 1991’s ‘My Town’ featuring Rod Stewart, Glass Tiger celebrated their 30th Anniversary earlier this year by releasing a new album entitled 31, that includes two new songs and re-imagined recordings of all their hit singles.

Ahead of their UK appearance, singer Alan Frew took time out for an interview for general release.  So, without further ado, Ramzine invites you to read on.

What’s the best gig that you’ve been to, or has inspired you the most?

Alan Frew: When I was young, The Beatles were the band for me. Their songs, their melodies and chord structures and their voices captured my heart, mind and spirit and I was hooked.  I never had the pleasure of seeing them in concert but they were on our televisions in the UK constantly and so I would have to say that more than any other influence they inspired me to be a musician and a performer.

Alan Frew: Favourite part is almost certainly the moment when I hit the stage. It’s why I am there and it’s what I live for. The travel is tough, and one might think that the grind of the travel would be my least favourite, but I actually like it. I would say the least favourite part would be having to perform while feeling under the weather with a cold or flu etc. There is nothing worse than having to perform while unwell but as we all know, the show must go on.

What’s your favourite UK venue so far, and why do you like it so much?

Alan Frew: I have not had the chance to play many gigs in my homeland but one moment that stands out for me was a show back in the 90s when touring with Roxette. We played Edinburgh in Scotland and as we were performing our song ‘My Town’ I could hear that the audience were singing along with me. I then motioned to the band to stop playing, which they did. The result was a phenomenal a cappella rendition with 15,000 singing every word. Something that I will never forget.

What are you most looking forward to when retuning to the UK?

Alan Frew: It’s always great coming back. I immediately fall back into the sights and sounds and tastes and feelings that remind me of where I came from when this journey of my life began. Performing for a British audience is important to me.

Also, I realise greatly that we have been out of the scene in Britain for many years and it’s going to be an uphill battle to reacquaint with them and getting them to come out and see us. But it’s not something we have never done before and if it takes us having to come over several times to achieve this, then we are totally up for it.

Do you have a favourite sound check song?

Alan Frew: I hate sound checks (lots of laughs); maybe my answer should be part of question #2!! But when I do sound checks I enjoy playing songs by other artists.

Do you have a pre-show ritual? If so what is it?

Alan Frew: Basically I eat around lunch time and won’t eat again until after my performance because I prefer to perform light and a little hungry. I will do a light workout and stretch, and I like to then relax, and I also like to go into a hot steamy shower and warm up my voice. Lots of hot tea in hand pre-show and I like to have fresh ginger and perhaps even a menthol lozenge to keep my throat perked and ready to sing. For me though, as long as I am healthy, my voice remains powerful and causes me very little problems.

What is your favourite part about playing live?

Alan Frew: Relating to the audience. Having them sing along. The realisation that they know every word and that these songs are a part of their social history. I never take that for granted and never will. Singing for them is an honour and a privilege.

How do like to relax on a day off during a tour?

Alan Frew: Reading, stretching, swimming (when possible), working out. I find these all relaxing, even if physical in nature.

What would you your advice to young aspiring rock artists be?

Alan Frew: Even more so now, in this world where instantaneous gratification has become a major requirement, both for the artist and for the audience, it remains true today, even with all of the toys and gadgets and technologies available to us that you still have to be the real deal! You still have to have the goods. 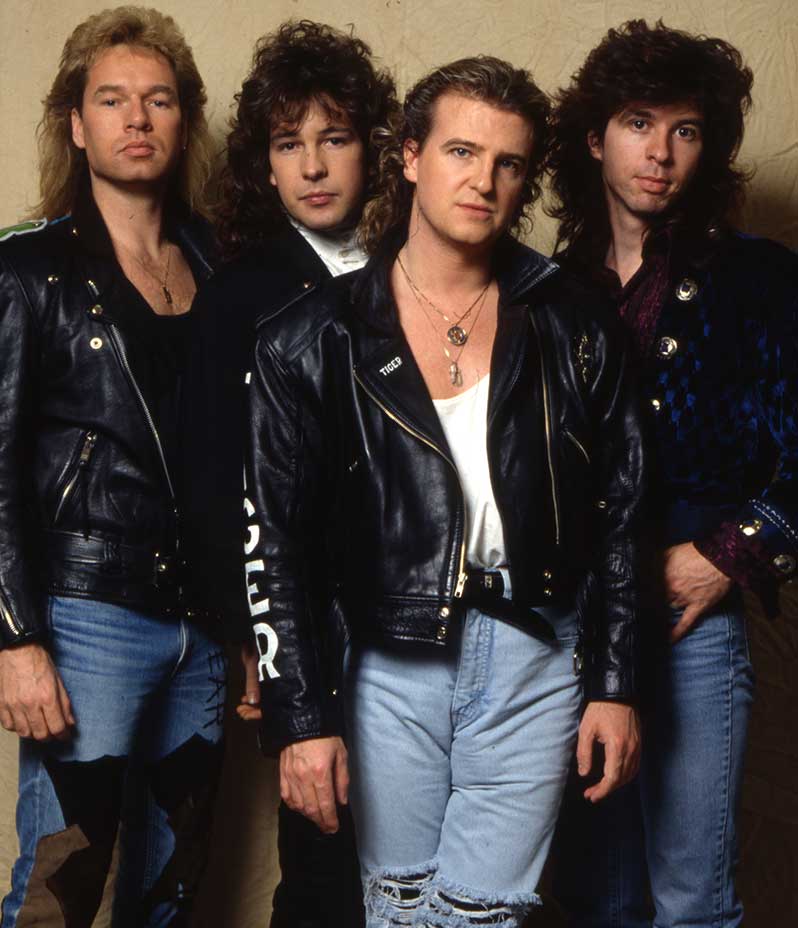 The last time you were in the UK you toured with Roxette. What was that like?

Alan Frew: We are experienced veterans and when on tour we just dig in and do our job. So, the Roxette tour itself was no different from many others we have done. That said however, its bringing us to the UK was a major highlight for me because even although I am a proud Canadian citizen I also remain a proud Brit!! And getting the opportunity to perform in my old homeland filled me with pride. It’s been way too long and I hope to do it again soon.

How do feel about returning to the UK after so many years?

Alan Frew: Nostalgic. It’s heart-warming. You can take the boy out of the UK but you cannot take the UK out of the boy. I love Canada. But you can love Canada and still love your heritage, love where your history began. The people, the characters, the passion. It’s all near and dear to my heart.

You released your album 31 earlier this year celebrating your 30 year anniversary. What was the idea behind the album, re-imagining your hits, adding to new songs and the album title?

Alan Frew: It was our intention to release a CD titled 30 in celebration of thirty years since our debut release of The Thin Red Line. Unfortunately, however, I suffered a stroke in August 2016 which cost me a full year of my life in recovery mode.

During my recovery I spent some time with my friends and fellow artist and songwriter Johnny Reid, who has had an amazing rise to fame here in Canada. He and I spoke at great length about the trauma I had suffered and of my brush with my mortality. During our discussion we talked of what is truly important in life – love, kindness, friendship, caring, family etc. – and how, when faced with great trauma or perhaps loss, these are the gifts of life that get us through the hardship.

Johnny had a brilliant suggestion that we should do an album that emoted those sentiments which at first had me thinking we needed to start writing right away. But he then added to his brilliant idea by suggesting that we already had songs that felt like family and which felt like old friends.

It didn’t take long for everyone in the Glass Tiger camp to buy into the idea and soon after we were down in Nashville, with Johnny at helm as producer and we began work on 31.

Are you planning to release more new music?

Alan Frew: Yes! Now that we have moved through 31 we can focus on bringing some new music to the world again.

There are always splitting up or changing of band members, but you have been together for 31 years touring the world. What is your secret?

Alan Frew: We parted ways with the original drummer in 1988. The four of us have remained together since. The secret? I guess it’s not so much a secret as it is a fact; we love each other as friends and as family and as fellow musicians.

We actually enjoy each other’s company. We care about each other, including each other’s feelings regarding the workings of the band. It’s no one’s band but rather it’s ours collectively and what any one has to say about it matters. When on the road together we hang out. We go for breakfasts and dinners and drinks. We are the long-term marriage that worked.

Presently our line-up is a little different due to the fact that our bass player, Wayne, has taken a leave-of-absence to work on a business he started several years ago that is demanding of his day-to-day time. We have also added my own guitar player from the Frew Band and we of course have our female background singer, so we are functioning with seven of us on stage but it is sounding killer and that is what matters at the end of the day.