Interview with Kids in Glass Houses 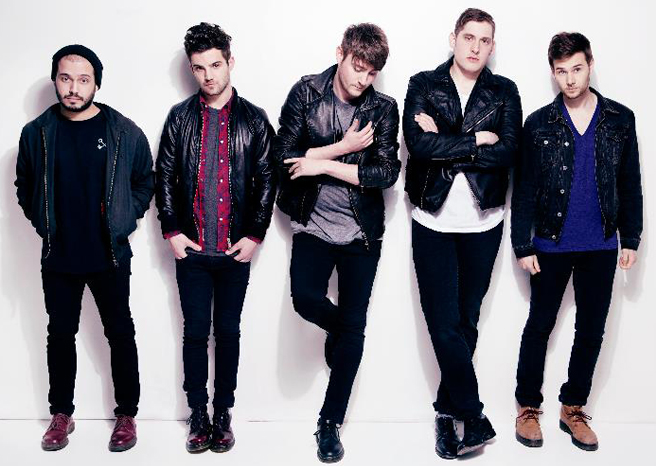 Cardiff rockers Kids In Glass Houses are making their return to the music scene, with their follow-up to 2011’s ‘In Gold Blood’, entitled ‘Peace’. RAMzine caught up with lead guitarist Joel Fisher to get the lowdown on the new album and upcoming tour…

RAMzine: What’s the story behind the new album title, ‘Peace’?

“Aled (Phillips, vocals) came up with the title and lyrical theme for the album. I guess it kind of sums up where we are with our music at the moment. At peace.”

RAMzine: With Peace being your fourth album, how does it differ from your previous releases?

“With Peace, we wanted to inject the fun back into ourselves a little. We took ourselves pretty seriously on the last album with the whole concept thing, and we felt we drifted a little away from ourselves. Live, we’ve always been a really fun band and we wanted that to be a little more prominent on record this time. We’ve also added this little electronic underbelly to the album as a whole which we’ve never done before.”

RAMzine: How did you approach the process of writing and making this album?

“It came about quite naturally actually. Iain (Mahanty, guitar) and Aled started getting together at Iain’s house and all these ideas kept coming. It was quite unplanned but the ideas just kept flowing so they brought them to the practice room and it all escalated from there.”

RAMzine: What would you say is your favorite song on the new album?

“For me I’d have to say a song called ‘VIPeople’. It’s a great track and something we haven’t really done before.”

RAMzine: You’re hitting the road for your UK tour this Sept/Oct – is there anywhere you’re particularly looking forward to playing?

“We haven’t actually done a headline tour in 2 years, come the time of the tour. So we are really excited to be playing all the towns again! We’ve done warm shows here and there but we’re really excited about playing our own proper tour again.”

RAMzine: Can we expect any changes with the live show?

“As I mentioned earlier we’re usually a really fun band live. We just want to inject as much fun as possible into these shows.”

RAMzine: What have been your highlights/ favorite personal moments as a band?

“Playing at Reading Festival is always a highlight. Also getting to travel to places like Australia and Japan are major achievements for us and things that we never thought we would be doing.”

‘Peace’ is due for release on 30th September, and available to pre-order here.