Interview with We Butter The Bread With Butter 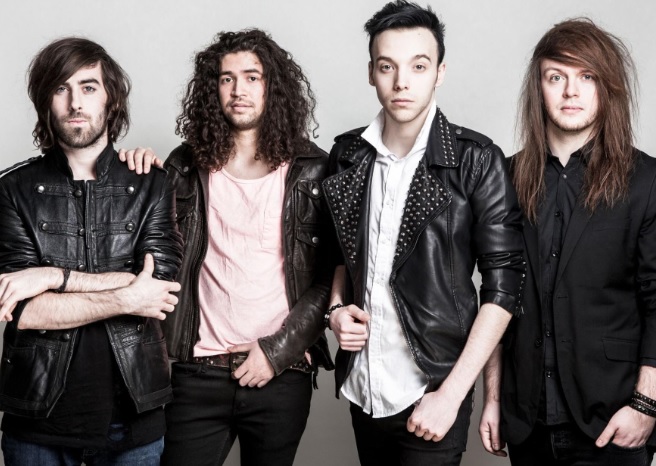 Now on their 3rd tour around the UK in the last 2 years, We Butter The Bread With Butter have experienced a massive surge in popularity in the last year. Their crowd funding campaign for their new album, Goldkinder, made nearly double the asking budget in contributions from dedicated fans worldwide and they have since completed headlining tours in mainland Europe, the UK and the USA to great success. Now with their new album released, we spoke to founding member and guitarist Marcel Neumann about how the band is dealing with their new found fame.

RAMzine: So this is your 3rd tour in the UK now, how does it feel to be back?

RAMzine: What sort of things do you like to do in your spare time on tour?

“Each one of us has his own favourite thing to do. For me I’m vegan so I love to go out and see the vegan scene and take walks for hours. Max our bass player is really into art and Can is always going to the Cinema every day. Everybody has his own thing.”

RAMzine: Your new album ‘Goldkinder’ was released very recently; it was funded via a crowd funding campaign. How did you react as a band to the support from your fans?

“The whole idea behind this crowd funding campaign was to get in direct contact with the fans, not just selling music over some company. We wanted to do this on our own; we had this idea that everything we want to give to the fans should be made 100% by us with nobody between us and them.”

RAMzine: What influenced your move from labels to self-releasing music?

“We got very disappointed with the music industry. When we founded the band we didn’t care about anything, we just wanted to make music, wanted to play some rock and roll to some people. But as a band grows a lot of people come to you and they say stuff which is never going to happen. There are so many bad people there and we just decided to do it on our own.” 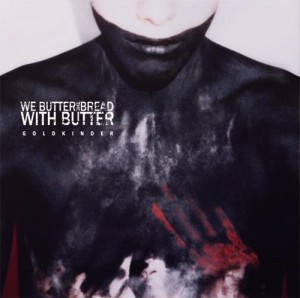 RAMzine: What sort of challenges did you face in releasing the album by yourselves?

“It’s hard to send the CDs to the fans. With the crowd funding campaign we had to send 700 copies to people and when we did it the first time on our own we had no idea how hard it was to handle that stuff as well as arranging concerts and merch. But it’s worth it because you get to know your fans better.”

RAMzine: You also announced the release date of the album with a brilliant ‘south park’ animation style video, who’s idea was it?

“I think it was my idea I guess but we always get ideas together. We’re just normal guys, we’re not acting like big evil rock stars. Think about We Butter The Bread With Butter standing before a wall with their arms crossed saying [in a deep voice] “Hey we’ve got a new record” and such. It wouldn’t work; it’s not us so we just decided to do some different stuff.”

RAMzine: How long did it take to film and what was it like to film it?

“We needed 3 days. One day to create the story, one day to film the video and one day to cut and edit it all together. We love to do this stuff on our own. We’re not interested in just making music, we like to do the whole entertainment stuff around it so stage shows, music videos. We really love it.”

RAMzine: Your most recent videos for Alles Was Ich Will and Meine Brille are also very abstract and creative, what thought processes are behind a We Butter The Bread With Butter video?

“Thanks, I think it’s the same process in making music. Our biggest motivation is always to create something new or to create something that has never been there before. The first part in making a music video is to think what hasn’t been done before? So we always come up with some abstract ideas. It’s what we love to do; being different and doing stuff that nobody would expect.”

RAMzine: How was playing new songs been at shows?

“At the first two concerts we played them very bad, it’s all very new so we had to get into them ourselves. I recognised my guitar sound didn’t fit to the song anymore and we had to find new live versions for the songs to work in a live set. What we do now is mix up our setlist with a lot of new material and a lot of old material which gives very different atmospheres, so you can play with it. With the new songs we build a very dark and groovy atmosphere whereas with the new songs we have more speed and more electronics in it.”

RAMzine: You guys are also one of the newest international breakthrough acts whose lyrics are in their mother tongue, why do you think fans overseas can still connect to your songs whilst maybe not understanding the lyrics?

“To be honest, we have no idea. Maybe it’s because our music isn’t just focussed on vocals. In heavy music you always find music which is just focussed on the vocals and behind this there’s a lot of instrumental stuff. We’re into good melodies and good arrangements so I think you can listen to our music and not carry about all the words all the time; maybe that’s it. I don’t know.”

RAMzine: Goldkinder is only the second album We Butter The Bread With Butter has recorded with a full band ensemble. How do you feel having more members in the group has affected the group’s sound?

“To be honest it didn’t change anything. The writing and recording process was the same then on the first record and the second record. I have a small studio, I say studio it’s just a little computer and some stuff, but we were sitting at home and we were making music. We like to write music as we record it because we like to take the role of the listener. We find jamming to songs in a room has a very different feel from when you’re listening to it so we want to listen to it as we write it. It’s just the same process.”

RAMzine: If you could pick a favourite track from Goldkinder which would it be and why?

“Every one of us has his own favourites. For me it’s Pyroman and Astronaut because it’s a very straight forward, single riff song and the song after that, Ohne Herz, has the most beautiful melody we’ve ever written. But the others love the last song, Kind im Brunnen.”

RAMzine: You guys are also quite an international band now with tours all over Europe and in the US, in your opinion what are some of the wildest shows you’ve ever played?

“Our last tour in the US was very interesting, very exciting. We saw a lot of new stuff we’d never seen before. Like I said we’re very into nature, landscapes and sightseeing stuff so it was very exciting for us to be in the US and the cities. When we got to the south of the US there was a totally different culture of audience, there were Native Americans and that kind of stuff. It was very interesting.”

RAMzine: Where would you like to take the band to tour next?

“We’re planning to tour in Japan and Australia. We’d love to do Indonesia as well.”

RAMzine: You guys also have a spectacular live show with a lot of strobe lighting and confetti, how did you decide what you wanted in a live show?

“I’m more interested in the stage show than playing guitar. I’d be sat at home thinking about how we can convey the song best to the audience; which colour of light best fits this song or this song. We are fans of good shows, we love to see band’s like Rammstein. We wanted to do our own because it’s fun.”

RAMzine: What would you guys like to do next in a live show?

RAMzine: What do you think is next for the band?

“We never stop writing, we were writing on the bus and we’re writing when we’re at home.  There will always be new material from now. We’re thinking about a new music video made with some tour material, maybe. We don’t care too much about the future, we just do what’s right for us now.”

RAMzine: Finally, is there anything you’d like to get out there to our readers before we finish?

“Yeah, there’s always one thing I always want to say. I really want to thank our fans because no band or no musician would be anything without their fans. We really appreciate everyone who is coming to the shows, buying a CD, listening to the music and telling their friends. We appreciate it a lot.”

Goldkinder is available now. Check out the band’s latest video for Meine Brille below!