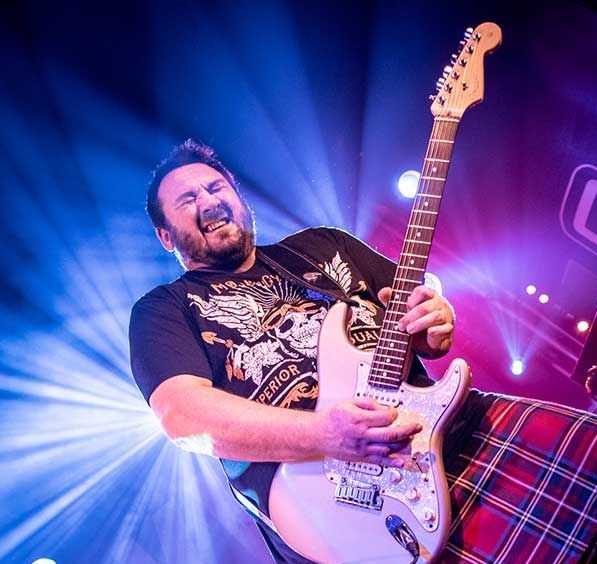 This is the first time you are touring in the UK with the new line-up. How excited are you?

Alan Nimmo: I’m very excited to be getting out on the road with the new line-up. There’s a tremendous camaraderie among us and the musical chemistry is really great. We’ve all been waiting to get out there and play for our fans and it’ll be great for the new lads to get acquainted with our loyal King King family.

Tell us a bit more about the new band members. How did you meet etc?

Alan Nimmo: Well obviously Johnny (keyboards & Hammond) has been in the band now for a few years but this is actually his second stint in King King. He was with us in the very early days of the band so he’s a familiar character already… Andrew Scott, who plays drums, we came across by chance on social media. Zander our bass player had discovered some of his demonstration videos and pointed me towards them – the rest is history!

As for our bass man Zander Greenshields, I met Zander when I was 15 years old and we started playing together in my very first blues band!! Along with a friend of ours we started a little band called Silvertrain from that The Blackwater Blues Band was born when Zander and I recruited my brother (Stevie Nimmo) which was to become The Nimmo Brothers!

Zander and I worked together on and off over the years but more importantly we became very close friends way back then and it stayed that way so when I needed to find a bass player for King King he was the obvious choice!

You took a bit of time off from touring as a band, what are you looking forward to the most getting back on the road?

Yes, we did take a bit of time out to get the new guys rehearsed and to get the new material together plus I felt that we had been over playing so I didn’t want people getting King King overkill!! It’s been a long time getting all together and we’re now ready and itching to get back out on the road and play live again in front of people! Every aspect of touring is great if you’re with the right people.

Are you planning to record/release new music this year? If so, tell us more what we can look forward to.

Alan Nimmo: Yes, we will be releasing new music this year. We are currently working on the new album right now. So far, the new songs are sounding great and I can’t wait for our fans to hear what we’ve been doing. There has been a great atmosphere along the way as we’ve been writing and recording and that makes it so much easier when you have to spend a lot of time in a warm room!

Last year you went on Joe Bonamassa’s cruise Keeping The Blues Alive At Sea. What was the experience like and are you excited to return to it this year?

Alan Nimmo: The KTBA cruise was an amazing experience for us. We got to meet and hang out with so many bands – Some of which are friends of ours and some who we met for the first time! We made so many new friends and each show we played went down very well and we also made a whole lot of new fans. It’s a great event and something that will no doubt continue to be great and I think we’ll probably see a lot of these kind of events happening more often.

We can’t wait to get back on there again to have some great fun and hang out with all the fantastic people on there!

What else does 2020 have in store for King King?

2020 will see a lot more of King King back out touring. We’ll have new singles and a new album along with some summer festival fun and more touring later in the year. The great part is that King King fans can look forward to seeing us healthy and happy with huge smiles and that beautiful zest for music! 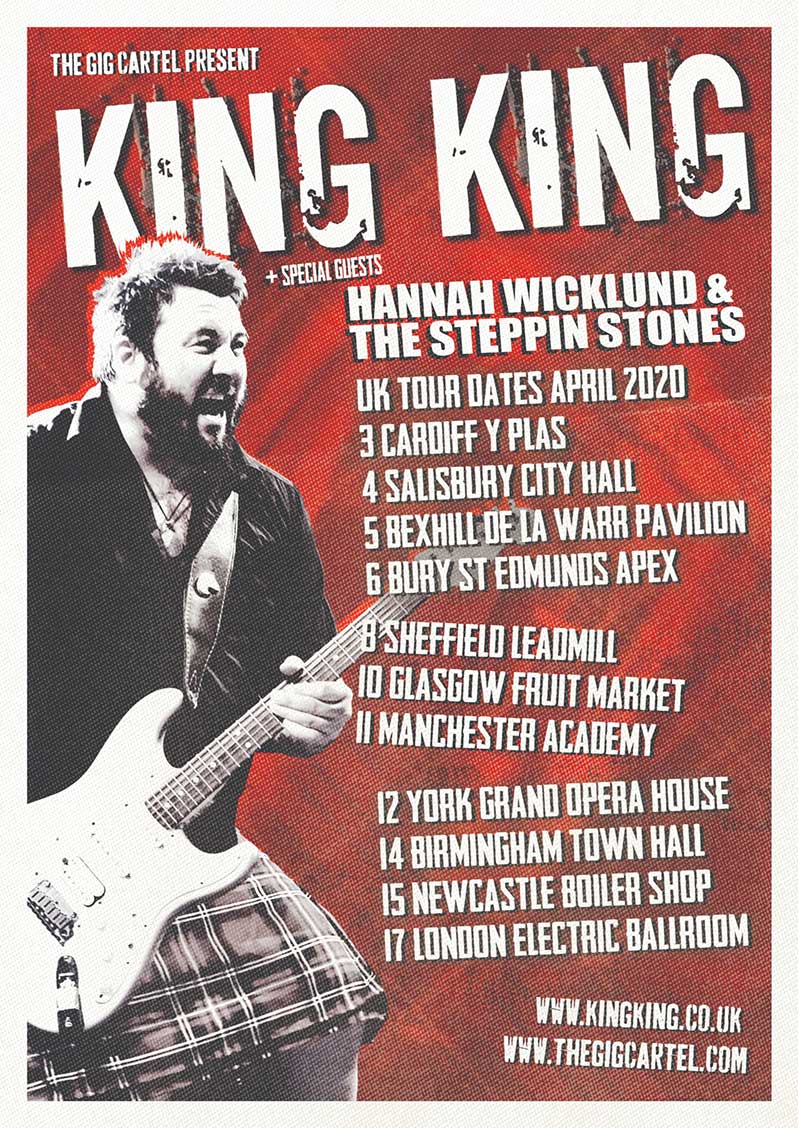