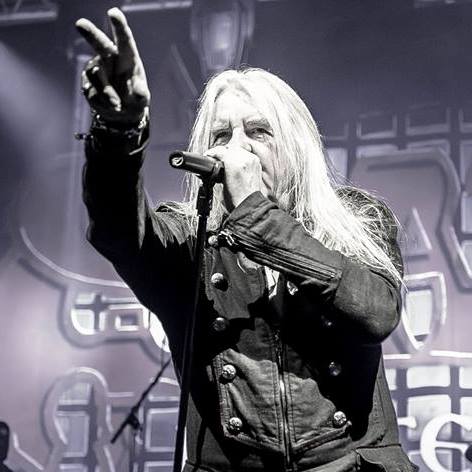 Following a number of similar cancellations in the last couple of weeks, Biff Byford has announced the cancellation of his UK tour that was due this coming April and May.

The cancellation is mainly due to low ticket sales, that may or may not have been affected by the current worldwide Covid 19 virus pandemic, a reason given as the concern why other international acts have been withdrawing from touring commitments.

“The honest truth is the tickets for the forthcoming tour have just not sold as everyone expected for whatever reason, so we have cancelled the dates as scheduled with a view to hopefully revisiting at a later date,” commented the singer in honesty.

“It’s sad as I was looking forward to the spoken word & live band show but it’s just not to be at this time. I want to thank everyone who bought the album and supported me,” continued. “Keep the faith and see you on the road with Saxon”

The singer’s first ever solo album, School of Hard Knocks has received  critical acclaim including positive reviews and massive press & radio attention across Europe and the USA, so this is particularly disconcerting.

If this indeed the effect of the current pandemic we are experiencing we must sadly expect similar news from elsewhere before too long.

Ticket refunds for Byford’s shows are available from original point of purchase and more information on the singer and his recent release at RAMzine can be found here.

We also suggest you watch this personalised video from Biff Byford concerning the events.