Have Sepultura returned to their roots? 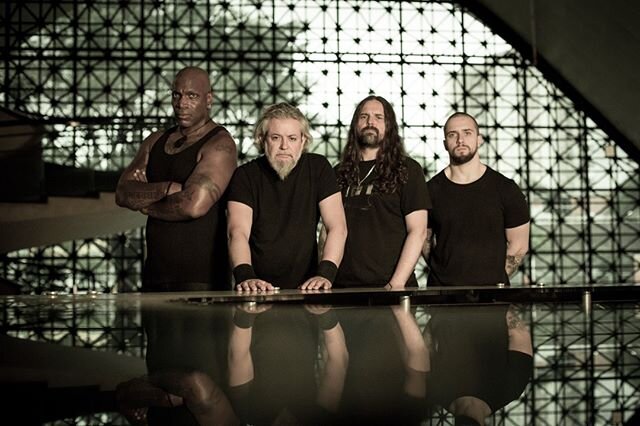 Just when you think you’ve heard it all from Brazilian metal machines Sepultura, they go ahead and drop the 15th Earth rattling hunk of steel upon us. Andreas Kisser, Derrick Green, Paulo Jr and Eloy Casagrande are back with a vengeance since the success of their last album, Machine Messiah in 2017. Quadra, meaning four or Quadrant, is aptly named for this record, and can only be described in four words; NOT YOUR TYPICAL THRASH.

‘Isolation’ is the perfect intro, a melodic, orchestral build-up leading to an explosion of what can only be described as an internal circle pit. So powerful and catchy are the lyrics “In the cage, in the cage, You will remain, They’ll lock you down, Lock you down for life!” Just what you fancy bellowing in the car after a stressful day at the old 9-5 grind.

Featured single ‘Means To An End’ is a dead ringer for the original Sepultura sound, but really, it isn’t the most striking song on the album. ‘Capital Enslavement’ could have potentially been a better choice, really taking us back to their Roots Bloody Roots era with some primitive Brazilian beats to complement the pounding, progressive aggression. It stands out with the authenticity and beauty that only this band could create.

‘Guardians Of The Earth’ does exactly what it says on the tin. The choir of angelic voices lead us over the soft, slow build-up of acoustic plucking before dragging us into the depths of their chants until Derrick awakens us with deep, roaring vocals. Imagine drifting up to the embrace of the afterlife; then drastically spinning round and plummeting to the rude awakening of your resuscitation. You’ll be glad you stuck around, especially for tracks such as ‘Pentagram’ – all instrumental and a perfect showcase of each member’s ability and talent as a band since the original line up was abandoned.

Heavier tracks ‘Ali’,  ‘Autem’, ‘Last Time’ and ‘Raging Void’ are sure to please the O.G fans, with a rougher, tougher twist that dances on the line between Roots and Chaos A.D. More Chugg, more shred and more filth in each and every riff.

This brings us to the grand finale of ‘Agony And Defeat’ and ‘Fear; Pain; Chaos; Suffering’ (featuring the enchanting vocals of fellow Brazillian, Emily Bareto of Far From Alaska which absolutely makes this track as harmonic and unique as it is) ultimately a bold statement to round off an album that has pushed their boundaries of not breaking away from thrash, but tiptoeing on the ledges of symphonic metal to rival even Nightwish in parts.

Overall, Quadra is something different but not too far from the band’s originality and is sure to get you in the mood for festival season.