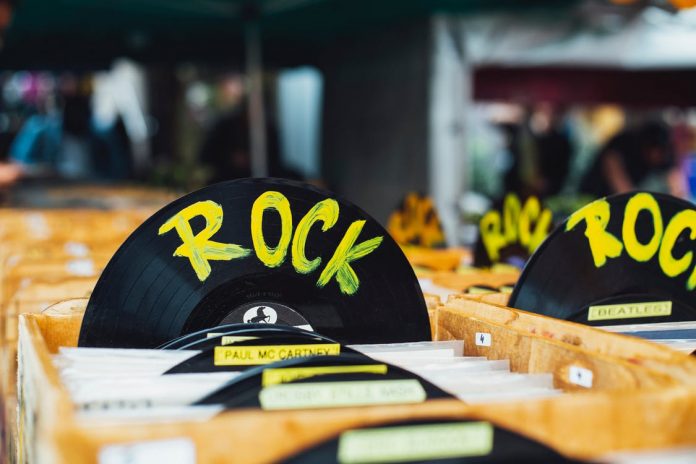 They say you notice getting older in your body first. That’s untrue. You notice it when you wake up one day and have no idea what a Tekashi 69 is, if you’ve ever accidentally tried it, and is Ariana Grande something you order at Starbucks?

You’ve fallen out of touch without even realizing it. The Offspring’s ‘The Kids Aren’t Alright’ lyrics actually make sense to you. And that cute college girl at the bar gives you a blank stare when you mention The Offspring.

Might as well face the truth. If you’re old enough to have a young teenage child, your music is now officially dad rock. So let’s look at 9 bands we’ve sadly realized are remnants of our past.

I mean, we can easily trace Tony Hawk Pro Skater and the Jackass franchise to that first time you popped Smash in your CD player. Oh and by the way, Tony Hawk is 52, and Steve-O is 46.

It’s actually really hard to imagine The Offspring being over 30 years old, releasing their first EP when Guns ‘n Roses was still on modern rock radio. A lot of classic rock bands have had casino slot games themed after them, including Guns ‘n Roses, Jimi Hendrix, and Motorhead, which you can play on Casumo along with online blackjack. So maybe The Offspring deserve their own slot game too!

We loved to hate Limp Bizkit, but somehow we simply loved Staind. Who didn’t download the live version of ‘Outside’ through Napster or Limewire, with Fred Durst ruining the moment halfway through the sombre ballad?

Well, you can chuck these guys in the dad rock bin now. Probably a good thing, since Aaron Lewis is apparently a country singer now?

Absolutely, blues-collar rock band Matchbox 20 is certifiably dad rock now. You can probably remember most of the lyrics to ‘Unwell’ or ‘Push’, but they haven’t released a new album in 10 years, and ‘North’ sounded a bit too much like a modern Maroon 5 album, instead of Yourself or Someone Like You.

Rob Thomas’ vocals over Santana’s guitar in ‘Smooth’ is still one of the best songs of all time though.

“Chickity China, the Chinese chicken, have a drumstick and your brain starts tickin”. Yup, officially dad rock. I mean at the time though, if you could rap-sing the whole song word for word, you were like, the bomb.

Bet you can’t now though. It’s that increasing memory loss, am I right?

I’ve never personally felt like a freak on a leash, but nu-metal’s bad rock is now dad rock. There were so many bad nu-metal bands in the late 90s and early 00s, we’ve thankfully forgotten the majority of them, but Korn led the bunch.

Ooo-wa-ah-ah-ah! David Draiman’s throat-clearing vocalizations on ‘Down With the Sickness’ were 21 years ago.

Along with bands like Linkin Park and Papa Roach, Disturbed might’ve even been your introduction to “alternative metal” music on the radio, when pop-punk and alternative rock was on its way out.

To be honest, Creed was actually suburban mom rock even when they were popular, a concept Nickelback took and ran with as far as the rope would go.

But if you still guilty-pleasure nostalgia trip to ‘One Last Breath’, belting “hold me noowwww” at the top of your lungs, just know it is completely and entirely in the realms of dad rock.