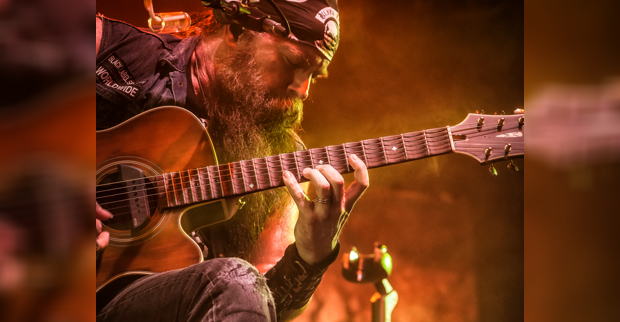 Zakk Wylde has recently debuted brand new single ‘Sleeping Dogs’ as the first release from the his highly anticipated first solo release in 20 years: ‘Book of Shadows II’. Further details of the album have also been released, with the announcement that it will consist of 14 new tracks, and artwork provided by John Irwin, and a full track listing.

Zakk released his first solo album ‘Book of Shadows’ back in 1996 while between recording Ozzy Osbourne records and it soon grew to be a fan favourite, with tracks being performed on the recent live Black Label Society release, ‘Unblackened’. Showcasing the acoustic talents has never been something far away from Zakk on any release, which can really delve into the soul, and the long awaiting ‘Book of Shadows II’ will play very much like the open book the first solo release did.

Zakk Wylde is a man that never stops, if he is not recording in the home studio The Black Vatican, then he is out on the road touring. 2016 will be no different, already having had the pleasure of being part of the 2016 Axes and Anchors cruise, he has just announced dates for hitting the road across Europe starting mid May with a full band, playing music through the ages of his monumental back catalogue for what will undoubtedly seem a much more intimate gig experience with one of the finest guitarists of our time.