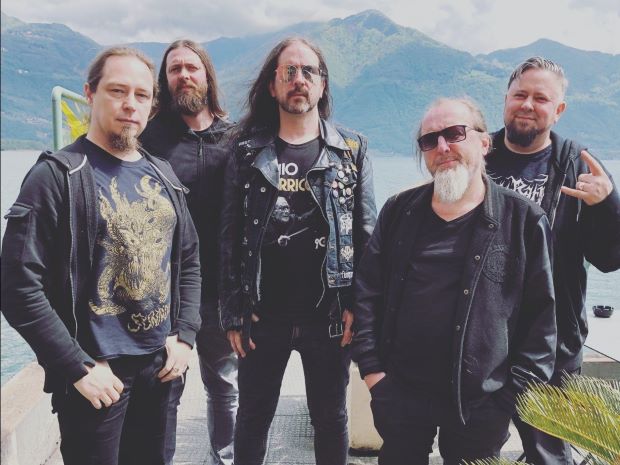 Back in 1992, three young Irishmen, Keith Fay, John Fay and John Clohessy, took their love of Celtic history and mythology, blended it with traditional Irish music and pure metal and virtually created a whole new genre of music, going out under the name Cruachan.

Pioneers in the folk metal genre and recognised as one of its founders, Cruachan has arguably gone the furthest of all in their attempts to expand this still largely unexplored subgenre. With a brutal but yet delicate mix of traditional Celtic music, pure metal and the use of Celtic mythology in their lyrics, the band has built a huge and dedicated fan-base all over the world.

Beginning with their cult classic debut Tuatha Na Gael, the band has released eight successful albums, notably including Folklore, that was produced by, and featured guest vocals from The Pouges’ Shane Macgrowan, and Pagan where the artwork was created by John Howe, best known from his illustrations of The Lord of the Rings and The Hobbit.

“We are delighted to have signed with Despotz Records and look forward to starting the next chapter of Cruachan‘s journey with them,” said the band. “We chose Despotz based on their proven track record and their professionalism. Here’s to 2020! Sláinte!”

While the record company itself stated: “We’re happy and proud to finally announce that we’ll be working with Cruachan and their upcoming material that will be released in 2020.

“The band are true pioneers in the folk metal genre and we’re looking forward to collaborate with joined forces of experience, impact and our genuine passion of metal music to take part in Cruachan‘s journey.“

Expect more news in the near future.