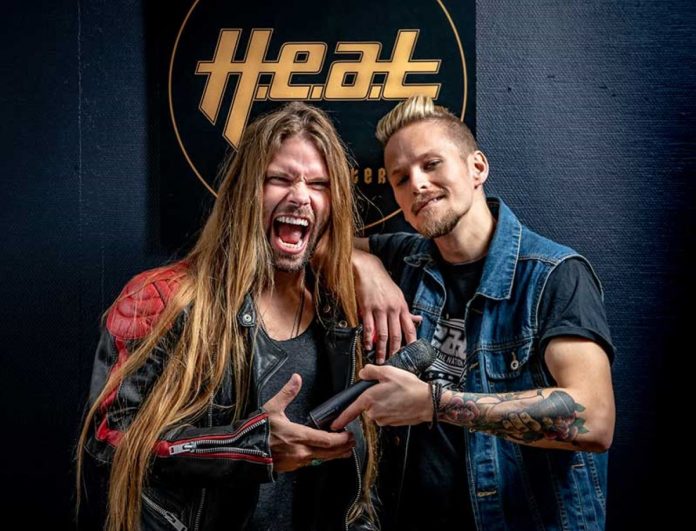 Swedish rock band H.E.A.T has announced that lead singer Erik Grönwall will be leaving the band, and that his replacement will be the band’s original vocalist Kenny Leckremo.

The news comes after the success of the band’s sixth studio album H.E.A.T II, featuring the singles ‘Dangerous Ground’, ‘Rock Your Body’, ‘Rise’, ‘Come Clean’and ‘One By One’.

The original founding members of H.E.A.T issued the following statement about Grönwal leaving the group to “pursue other interests”.

”First of all, we want to thank Erik for all the crazy fun and epic travels around the world the past 10 years. Together we made H.E.A.T what it is today. Secondly, we want to welcome back founding member and original vocalist Kenny Leckremo to the band. We’re looking forward to write the next chapter of H.E.A.T story together.”

”It’s like a shot at redemption,” added Leckremo. “I’m thrilled to be back, and to be a part of what H.E.A.T is today.  No longer just a shadow of the past, but a force into the future. The H.E.A.T legacy continues.”

Commenting on his departure, Grönwall said: ”H.E.A.T has really been a place for me to grow as an individual, singer and frontman. The guys recruited this young Swedish Idol guy and believed more in me and my potential than I did myself. I am forever grateful for that. Gentlemen it’s been a pleasure touring the world with you. I’ve learned a lot from you and you’ve made me stronger.  I look forward to build more memories with you, just not collectively as H.E.A.T.”

As Erik Grönwall himself notes, he rose to fame winning the Swedish Idol reality TV show, thereafter releasing a hit single and recording a solo album before joining H.E.A.T. Whether his career will take him back towards the more commercial mainstream area could be a possibility, his singing appearance on NBC TV’s adaptation of Jesus Christ Superstar won him much praise.

H.E.A.T themselves took place in one of the longest running international music shows, having made it to the final round of The Eurovision Song Contest in Sweden, with the song ‘1,000 Miles’ that became a hit single for them. This was with the original line-up with Leckremo as lead vocalist.

That version also featured guitarist Dave Dalone who himself would leave later (and be replaced by Eric Rivers) only to return in 2016, and has subsequently also been a co-producer with the band. Dalone and Leckremo, alongside keyboard player/co-producer Jona Tee had played together in Dream before forming H.E.A.T so they have along history together. Now it will be interesting to see what future holds for all parties concerned.