A Stroke Of Magic from Pyramaze 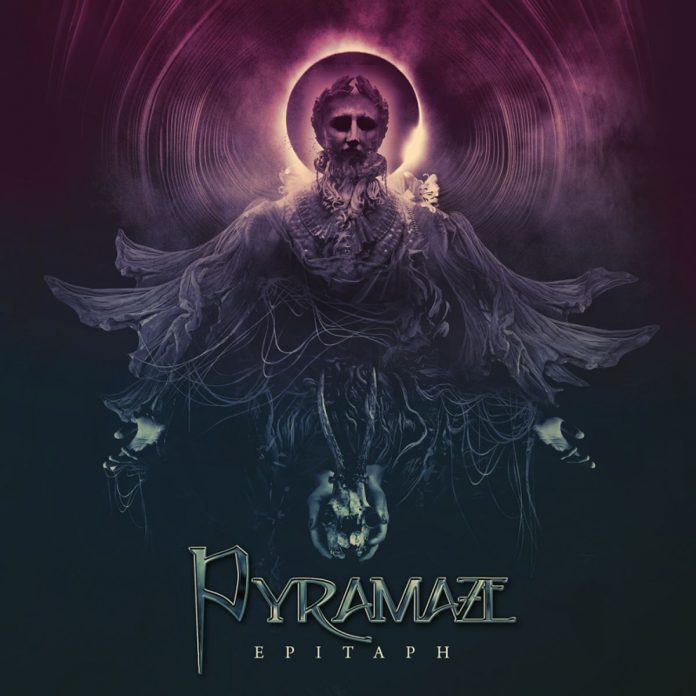 Danish progressive power metal group Pyramaze inked a record deal earlier this year to put out their next full-length studio album called Epitaph on AFM Records. The album will be released on 13th November.

This new musical union offers good prospects for both parties – while  Pyramaze found a partner that has great expertise working with a lot of successful progressive and power metal artists, the band offers a tremendous amount of musical and technical craftmanship and quality to add to the label’s roster.

Epitaph being their sixth album, and their third album with their current line-up, Pyramaze continues to fuse their signature meld of memorable melodies, powerful riffs and soaring catchy vocals. This upcoming release will featuring guest appearances by Brittney Slayes of Unleash the Archers, and former  Pyramaze vocalists Matt Barlow and Lance King.

Their clearly progressive first single ‘A Stroke Of Magic‘,  came out in the summer and you can check out the video for it right here at RAMzine. The band released a second single, ‘World Forgone’, in September and they have subsequently followed that with a third new single in ‘Particle’, and there’s a lyric video to accompany that we’re also sharing all of those with readers as part of this feature on Pyramaze.

Originally formed by guitarist Michael Kammeyer in 2002, Pyramaze came out of the gate with the solid and classic Lance King fronted releases of Melancholy Beast (2004) and Legend Of The Bone Carver (2006). The band parted ways with Lance in 2006 and Matt Barlow (Iced Earth, Ashes of Ares) joined on vocals in 2007, albeit only to see the release of Immortal (2008). With Barlow headed back to Iced Earth and Kammeyer deciding to retire from the band as well, the remaining members were left at a crossroads (bassist Niels Qvist also decided to part ways at this time).

Jonah W. (Keyboards), Toke Skjønnemand (Guitars), Morten Gade Sørensen (Drums) rallied together and decided that the legacy of Pyramaze must go on. They asked long-time producer and good friend of the band, Jacob Hansen, to join as the new guitarist/bassist and he graciously accepted. A suitable vocalist for the band was also needed, with Terje Haroy joining in 2013. This new incarnation of the group resulted in 2015’s Disciples of the Sun, that was met with critical acclaim and reinvigorated both the band and the fans of the band.

The band was joined by previous vocalists Lance King and Matt Barlow for a legendary performance at ProgPower USA 2016. In 2017, the band released an epic post-apocalyptic conceptual album called Contingent that was influenced by current events, the human spirit to overcome adversity and struggle, and the brotherhood therein. Since that album’s release they’ve performed at several European festivals.

You can order new album Epitaph by clicking here.