About Your Date with The Iron Maidens… 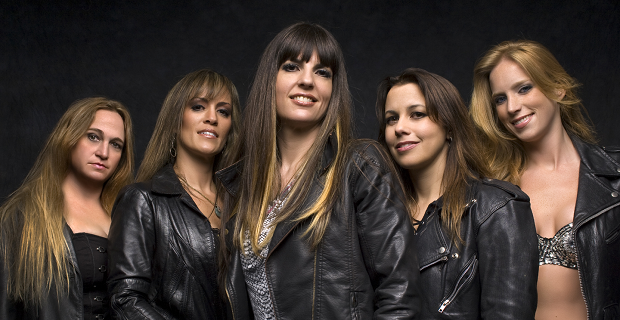 World famous tribute band The Iron Maidens have had to change venue for their debut UK show. The concert will now take place at the O2 Islington Academy on 14th April.

As previously reported at RAMzine, the all-female band who have been together since 2001 were due to play the 02 Shepherd’s Bush but the venue has been closed as of December 2015, undergoing necessary building work. Following further inspections, structural engineers have advised that works to the roof structure will extend into April 2016.  Thus, all shows up to and including the 18th April will be moved to other venues in London or are being rescheduled as necessary.

The Southern Californian band will be performing hits and fan favourites from all phases of Iron Maiden’s career along with appearances by mascot Eddie, the grim reaper, the devil and more. The Iron Maidens have also released their own first full-length studio album, the first studio tribute CD to a band ever recorded entirely by one artist; the cover artwork featuring a female monster was designed by none other than Eddie’s creator Derek Riggs.

If you haven’t reserved tickets to see The Iron Maidens already you can do so by clicking here.