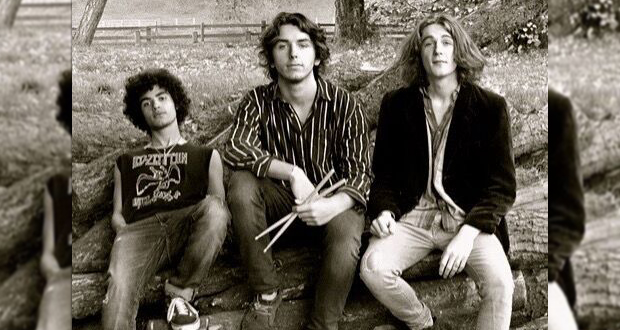 York based indie/rock/psychedelic band Naked Six are beginning to establish their name to a wider fan base. Having brought out three singles, they are now due to play London as part of the Camden Chaos event, and playing at Proud Camden on Thursday 18th February.

Featuring Seb Byford on vocals and guitar, Caleb Quaye on bass and Tom Witts on drums, Naked Six were reently described as “A combination of Led Zeppelin and Cream and throw in a touch of Iggy Pop and AC/DC for a flavour,” by the Brighton Argus newspaper. You can check the band out for yourself by listening to them on Soundcloud, or indeed getting hold of one of their singles. ‘Revolution’ is one such and the band produced a lo-fi video to go with it.

Doors Open at 6.30pm at Proud Camden and admission is free on Thursday 18th February, with Dead Pretties and Lighthouse  also playing and the first band due on stage at 7pm.