Above Aurora – Path to Ruin 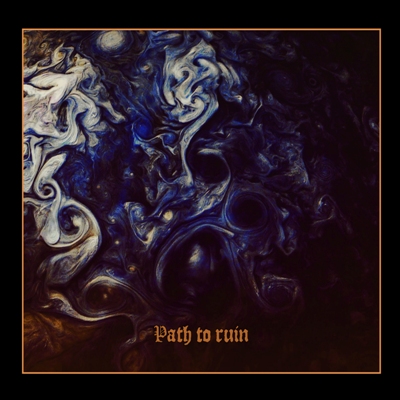 Black metal trio Above Aurora will release a new mini-album, Path to Ruin, on 6th April.

Path to Ruin follows Above Aurora’s 2016 debut album Onwards Desolation, and features the singularly lettered V on vocals and guitars, D on bass, and O on drums. It features three tracks: ‘Delusional Disorder’, ‘Abyssal Hades’, and ‘Path to Ruin’.

The record was recorded at Studio Emissary in Reykjavik, Iceland, with mixing and mastering completed by Stephen Lockhart.

“Path to Ruin continues the pessimistic vision of the previous album”, said V, adding with ominous intent: “We are treading the previously chosen path of dissonance, mid and slow tempos”. The difference between the two records apparently being: “moderately selected sounds in a slightly different form”.

The record can be pre-ordered on CD and vinyl and will also be available digitally through Pagan Records.