Steve Hill releases a new 14 track live album, The One-Man Blues Rock Band, on Manhaton Records in the UK on Friday 11th May.

“I wanted to capture a live album that featured all the energy of my live shows,” said Hill. “There are no overdubs on this live album…  I play everything myself in real time.  There are no tapes or loops.  What you hear is what you get.”

The One-Man Blues Rock Band features originals that are outright rockers (‘Damned’,’ Dangerous’, ‘Rhythm All Over’, ‘The Ballad of Jonny Wabo’ and ’Still Got It Bad’ to more acoustic-based melodic tracks  such as ‘Emily’, and three re-imagined and rearranged covers, including ‘Voodoo Child’. A full track listing is featured below.

Those looking to see Steve Hill live themselves can see him touring the UK this year supporting both King King and Danny Bryant. 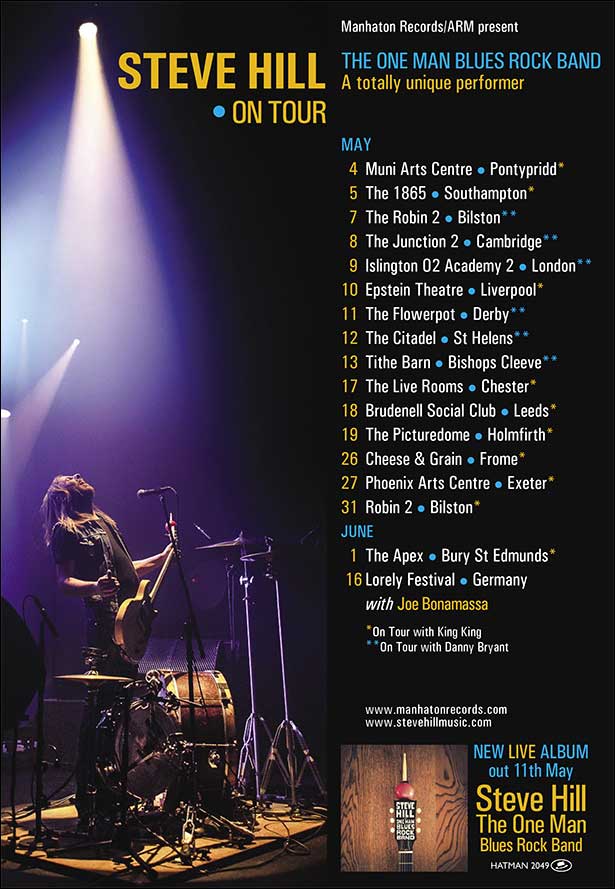