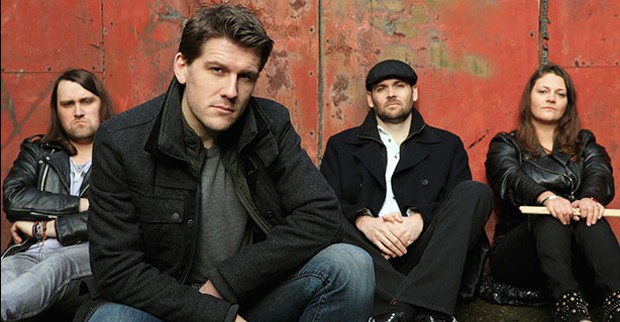 British rock band Albany Down will be releasing their third studio album The Outer Reach on Friday 10th June 2016 through AD Recordings Ltd, and it will be available on CD, 180 gram vinyl and digitally.

London-based Albany Down are a contemporary rock band with influences ranging from classic acts like Led Zeppelin and Thunder to modern bands such as The Black Keys and Clutch, the result being original songs with  a contemporary high energy rock sound.   The band features Paul Muir on vocals, guitarist Paul Turley, drummer Donna Peters and bassist Billy Dedman.  The album was recorded at Modern World Studios and features 11 original songs, and was recorded by award-winning producer Greg Haver (Manic Street Preachers, INME, Super Furry Animals). 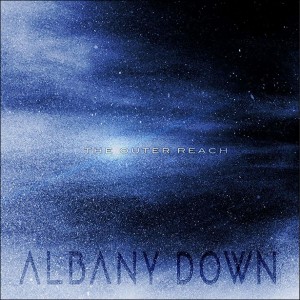 “The band have really stepped up in both their song writing and performance” said Haver. “The Outer Reach is their best album yet, and I’m really pleased with the result.”

To coincide with the album release, Albany Down have a new video out produced and directed by Andrew Merlino. Featuring the first track on the album, the new single is called ‘Feeding the Flame’ and said t reflect the theme of the album. “The overall concept of the album is that the songs have a ‘trying and failing theme’ and overcoming adversity,” said singer Paul Muir. “The video portrays this concept vividly set in the near future where the band find themselves drawn to each other by fate, and embarking on a journey to freedom.”

Albany Down will be supporting the UK from May through to August in Support of The Outer Reach.

Albany Down’s The Outer Reach will be available to pre-order from iTunes, Amazon, and from the band’s official store.