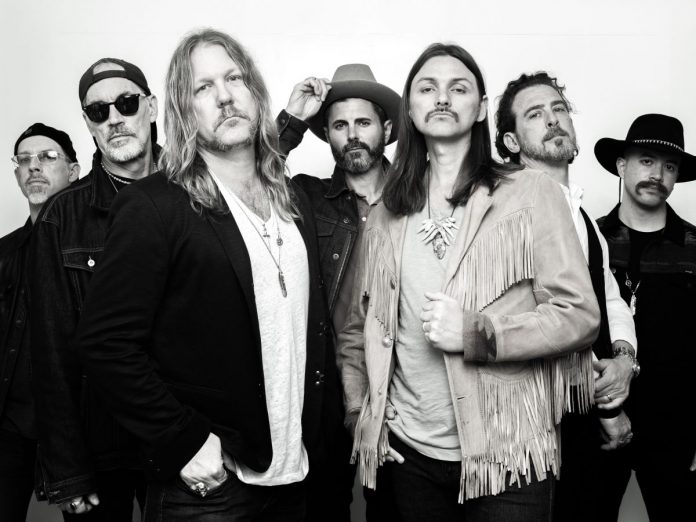 It’s second time around for The Allman Betts Band as they release their sophomore studio album Bless Your Heart on Friday 28th August through BMG.

This time last year, their debut, Down By The River, represented not only the first time the group had recorded together but, in fact, the first time the seven-piece ensemble had ever played together. Now, fuelled by road-forged camaraderie there is said to be a telepathic musical intensity between then, vibrantly reflecting their individual and collective experiences, all drawing inspiration from the band’s symbolic hometown – a place Devon Allman calls “the United States of Americana.”

Bless Your Heart is a double album, capturing a vast, panoramic scope throughout a baker’s dozen of modern rock. Ragged and stomping. Heady and frayed. Soaring and scorching. Generational and genteel.

The band has released their first single from the album. It’s titled ‘Magnolia Road’ and intended as a tie-dyed contender for summer favourite. A semi-autobiographical lyric shared by Betts and Allman vocally, ironically it is the only song on the album with band collaborator Stoll Vaughan as its sole author. Vaughan wrote the song alone, though namechecking detailed parts of Betts’ and Allman’s life, respectively. Musically it evokes the group’s affection for The Band and the Grateful Dead.

You can check out the video for ‘Magnolia Road’ right here at RAMzine.

You can pre-order Bless Your Heart  by The Allman Betts Band when you click here or here.