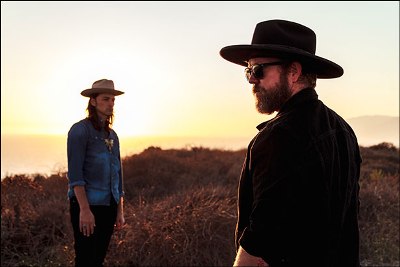 This September The Devon Allman Project, will tour the UK with special guest Duanne Betts, The Allman Brothers’ legacy lives on through their sons.

Following the passing of his father, Greg Allman (vocalist and organist with The Allman Brothers), Devon Allman took time out from the music business to grieve and spend time with family, having previously lead  Royal Southern Brotherhood and and his own Devon Allman’s Honeytribe.

Then on August 12th, in tribute to his father and the late Butch Trucks (Allman Brothers’ drummer) he reignited his career with an appearance at an all-star tribute to them at Peachfest, The  Allman Brothers-curated festival in the Northeast U.S.A. Chuck Leavell, Jaimoe, Duane Betts, Marc Quinones, Pete Levin, Oteil Burbridge, Dave Schools and many others participated in the special tribute.

Special guest was former member of Dawes and Great Southern Duane Betts, son of The Allman Brothers’ guitarist Dickey Betts, who will be joining the UK tour for what should be some very special evenings.

Each night will feature a set of songs written by Devon Allman, among those by the Royal Southern Brotherhood and Honeytribe along with an encore set that will include Allman Brothers songs with both Devon, Duane and special guests participating. 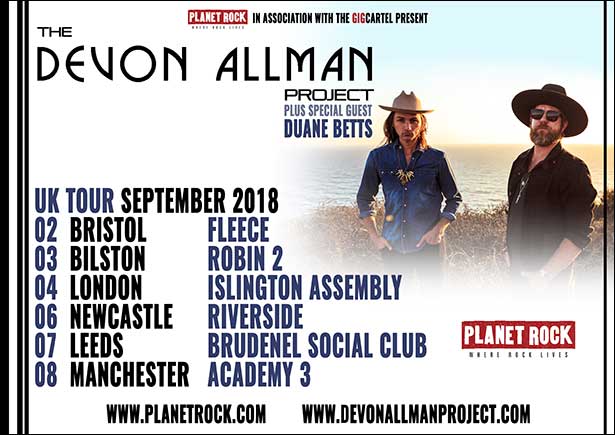