Following this year’s tour in support of her Like It On Top album Ana Popović will be returning to the UK in May 2019.

The Serbian-born guitarist/vocalist has been playing guitar since she was 15, and under her father’s influence became a gifted blues player with the two of them playing together in Hush, recording and touring internationally before she went to study jazz guitar in Holland.
Forming her own band, Popović began making records under her own name, fusing blues, rock, soul and jazz, her live album and DVD Ana! Live in Amsterdam in 2005 offering her greater international exposure, and she has gone onto become a frequent visitor to the top of the Billboard Blues Charts, and been nominated for several awards.

Now based in the USA, she recorded Like It On Top in Nashville with guest appearances from Kenny Wayne Shepherd, Robben Ford and Keb’ Mo’ who produced the record, and she had a definite theme in mind: the empowerment of women.“I hope that my music inspires others to motivate ladies all over the world to be successful, energetic, empowered women on a mission, and to motivate men to give them that chance,” says Popović.

Popovic continues: “The majority of women need to work harder than men to prove themselves or need to cope with a feeling of constant pressure to never make a mistake and be perfect. I believe that women no longer only have the right to earn a living and to take care of themselves and their families. The time has come to step it up. Becoming the outstanding leaders of tomorrow. Corner-office ladies in business, politics, and the electric guitar!” 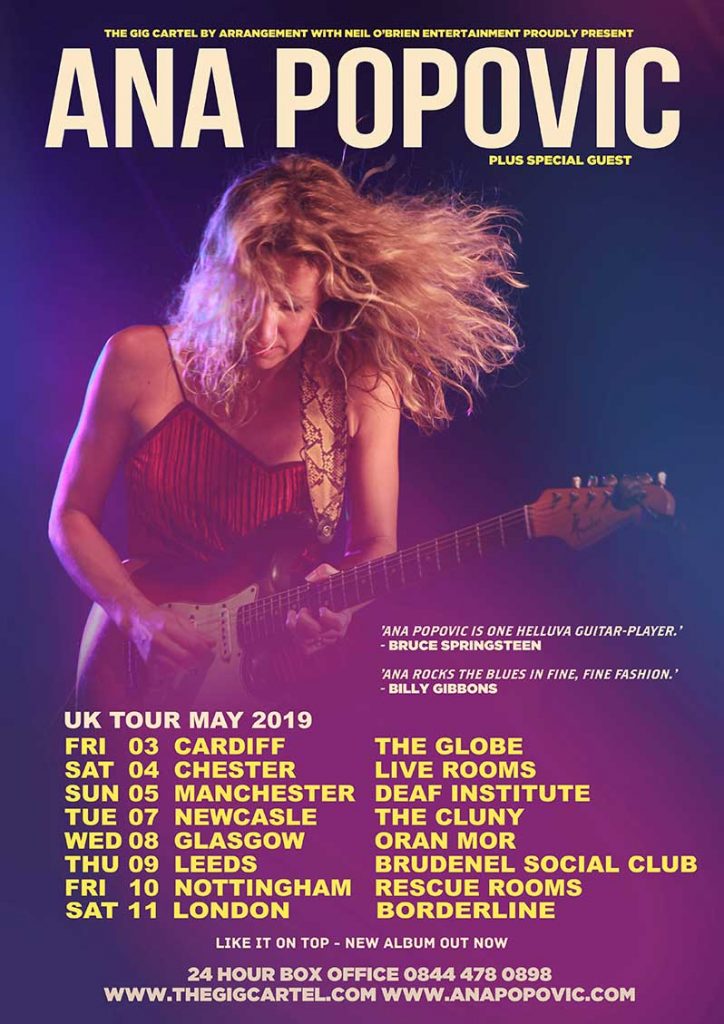