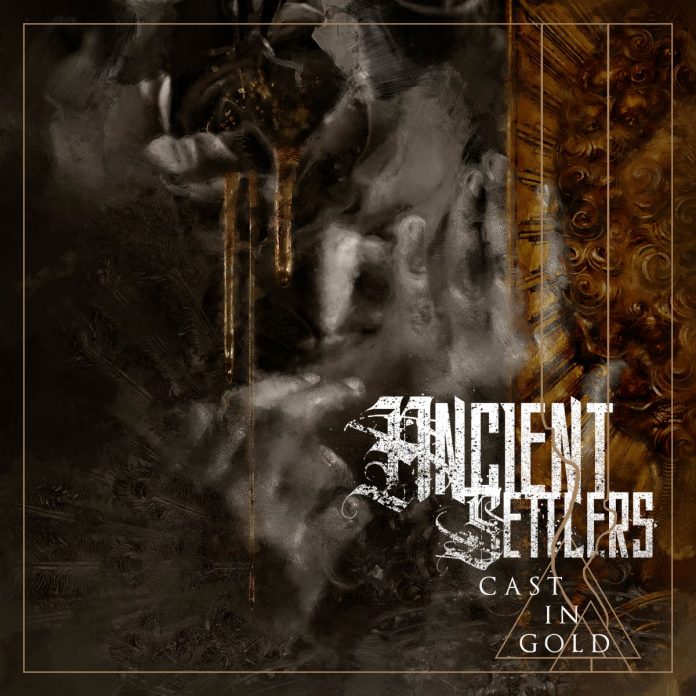 International technical modern, melodic death metal outfit Ancient Settlers has a new single out in ‘Cast In Gold, and have released an animated short sci-fi video to accompany it.

‘Cast in Gold’ is the third single from the band, who signed to Crusader Records. Here, wee are told, the power of the band turns to a set of spiritual melodies and speed. Sonically, the track starts with a modern synthesizer, before moving into catchy guitar riffs with plenty of harmonies, accompanied by a cohesive drums section, rumbling bass guitar and deep, clean vocals.

‘Cast in Gold’ is out now digitally across all platforms along here, and is the follow up to recent singles ‘Into The Depths I Ride’ and ‘Library Of Tears’.

You can watch the video for the new single here at RAMzine.

The band started their journey with the intention to explore the frontiers of modern melodic death metal, including catchy guitar riffs, the use of synthesisers and keyboards, and a variety of different sounds and rhythms, trying to develop their own music personality.

From a lyrical point, the band has been inspired by the recent tragedies that affect the earth and human race. They try to spread their message over all those who want to listen.   Despite this, the band needed to modify their starting plans, due to the pandemic outbreak. They pushed ahead and in January of 2021, they released their first digital single ‘Diamond Eyes’, along-side a limited-edition 7″ vinyl.

The following February, the band released their debut album Autumnus. Both were recorded in Portugal, France, Spain and the USA, and had Daniel Cardoso (Anathema, Anneke Van Grisbergen) to mix and master the album, as well as Gus ‘Perkele’ Sazes (Angra, Kamelot, Gus G, Firewind, Arch Enemy) design the artwork. Then, in April 2021, Miguel Herrera joined the band as a full-time bass player. The band started to develop a live-session tour, including venues throughout Portugal, France and Spain.

Their forthcoming 10 track album, has been produced by Grammy award-winner Fredrik Nordstrom.

Previous single, ‘Into The Depths I Ride’ describes the exploration of more obscure feelings, and an introspective view of the dark side of the human mind. Sonically, the song is said to take the listeners through a rollercoaster of speed and aggression as guitar riffs blend with blunt drums, and deep vocals provide the appropriate space for a spiritual interlude.

You can pre-save/pre-order ‘Into the Depths I Ride’ here and watch the video to it here at RAMzine.

‘Library of Tears’ was also afforded an animated sci-fi short film to accompany it, that you can also watch here at RAMzine.

‘Library of Tears’ offers a perspective about the dark side of our society and the decadence of our species. Sonically, the track features powerful guitar riffs, heavy guitar solos, blunt drums, rumbling bass guitar and deep vocals, surrounded by a spiritual synthesiser and keyboards atmosphere.

You can order that single here.