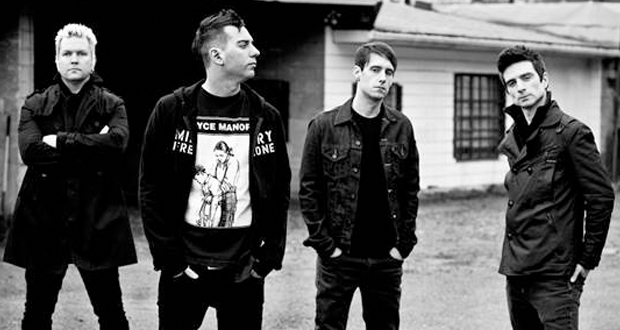 Anti-Flag fans can get excited, as Spinefarm have announced the explosive punk rockers have signed to their label.  The good news keeps coming as well, with them announcing their new album, ‘American Spring’, will be released next May and that they are live streaming their January 19th show in Charlotte, North Carolina on Yahoo.  Is that enough for you?

‘American Spring’ will be the bands first album since 2012 and has been produced by AWOLNATION’s Kenny Carkeet, Jim Kaufman and the band themselves.  It also features a cameo from the legendary Tim Armstrong (Rancid) and Rage Against the Machine’s Tom Morello.

The band said: “We are excited to announce that our tenth full-length record will be released on Spinefarm Records this spring. There is no shortage of fodder for a new record of commentary on the social and political climate in 2015: endless wars, the new Jim Crow and American injustice, corprotocracy, environmental coup d’état, the surveillance state, loss, grief and anxiety. We hope that these songs can grant us solace in a seemingly hopeless era.”

The January 19th Show, which is due to be streamed, will see the band playing their classic album, The Terror State, in full and you can tune into it from the comfort of their own sofa at the following link: https://screen.yahoo.com/live/event/anti-flag