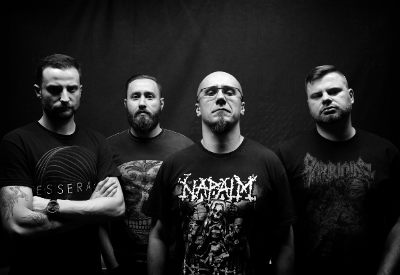 Poland’s Ape To God will release their debut album, The Head Meets the Tail, in October having signed to Deformeathing Production.

Ape To God formed in Lublin, Poland back in 2011 and combine elements of thrash, grind, death and groove metal. Their lyrics follow dystopian and anti-religious themes with social and political commentary. Their music and the overall concept are said to be inspired by bands such as Bolt Thrower, Napalm Death, Slayer and Celtic Frost.

Debut album The Head Meets the Tail follows the release of their self-titled EP in 2013, and they have a new song ‘Pseudocyesis’ available as a video single ahead of the album’s release that you can catch here at Ramzine.