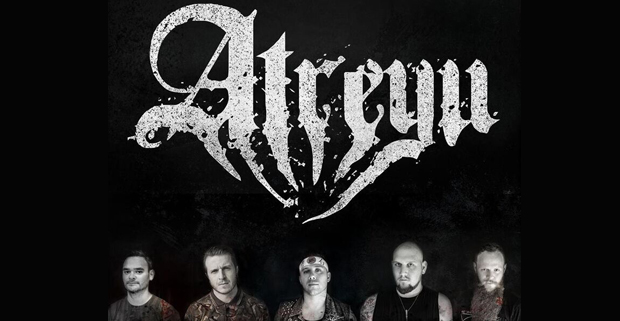 Orange Country Metalcore goliaths Atreyu have announced the follow-up to 2015’s Long Live, their first album since their return from hiatus, in the form of ‘In Our Wake‘ which is due for release on October 12th through Search & Destroy/Spinefarm Records.

For album number seven Atreyu have also reunited with Goldfinger frontman and super-producer John Feldmann who worked with them on Lead Sails and Paper Anchor.  The first two tracks off the album, ‘Anger Left Behind’ and title track ‘In Our Wake’ have already dropped online.

Talking about the first single and title track: “We looked up to Chris Cornell and Chester Bennington, and their deaths were fresh during the writing process. It made us think of what we’ll leave in our wake. We have a choice to change the lives of others for the better,” says singer Alex Varkatzas.

Bassist Porter McKnight continues, “the album title In Our Wake comes from the idea that every day we humans have two roads we can go down – Do you choose to inspire, uplift, and enhance each other lives? Or do you prefer to belittle, shit talk, and tear down each other down?”

In Our Wake by Atreyu is available to pre-order here

Share
Facebook
Twitter
Pinterest
Linkedin
Email
Print
Mix
Previous articleJared James Nichols’ End of Time
Next articleHardcore Superstar ‘We are 100% satisfied with this album, that’s what we are… and you can’t kill’ our Rock ‘N Roll