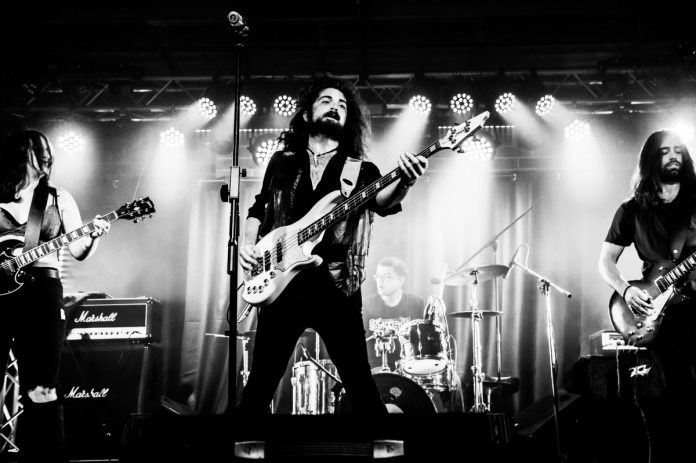 Forming and rehearsing in an old steel factory in 2018, the band has firmly cemented themselves into the sticky floors of the national underground scene in just two short years, with major national & international airplay, four major releases, non-stop gigging and touring, and their own music festival.

Tinged by the influence of their dad’s record collection and the dirty pub rock of Australia’s past, but played through the interpretation of their own generation, Avalanche’s recent single ‘Permanent Ink’ reached over 5k streams on Spotify and its music video has reached over 23k views on YouTube and 102k+ on Facebook.

If you like tattoos, sweaty musicians, bras getting thrown on stage, and, apparently, The Mighty Thor… you’ll love the music video… That you can watch here at RAMzine!

It was partly shot at Blacktown Tattoo, a legendary tattoo studio in Sydney’s west, with the rest shot at Avalanche of Rock Fest, the band’s own bi-annual music festival at Crowbar, Sydney, that featured a whopping 11 band line-up including such local legends as C.O.F.F.I.N., The Darrans, Fait Accompli and Eightball Junkies.

Now, newly signed to X-Ray Records, Avalanche are back with their new single ‘Get Back (To F*ckwit City)’ that you can stream/buy here.