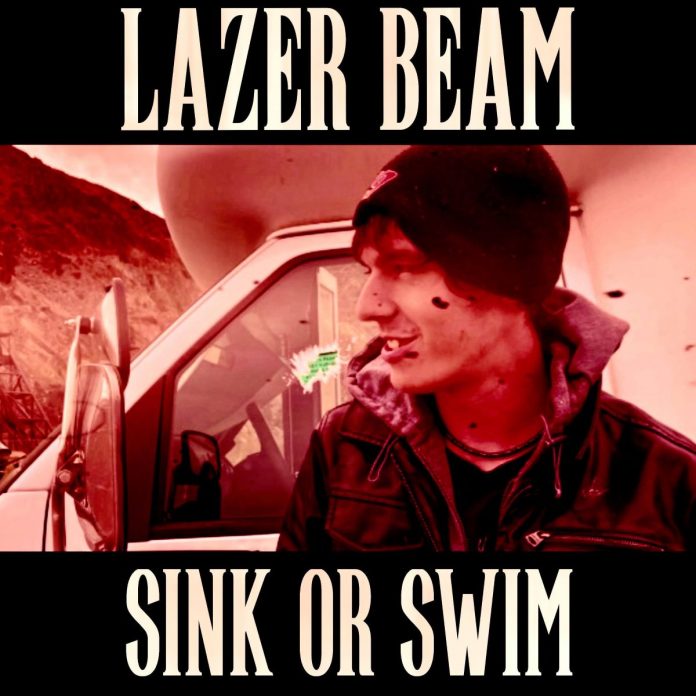 Raised under the scorching Arizona sun, Lazer Beam is the solo desert pop project of multi-instrumentalist, Lucust French, where the intent is to bring  out the dance in heavy rock & roll music, with songs that are faster and more aggressive, while mostly retaining an androgynous voice behind the music.

On the 18th January Lazer Beam will drop the first single ‘Sink Or Swim’ from the upcoming self-titled album that will be released on 19th March 2021 on Coffin & Bolt Records.

‘Sink Or Swim’ is driving desert rock fused with a shot of grunge and a dash of intricate dream pop. Part Queens of Stone Age, part Alice In Chains and Royal Blood and some intricate 80s New Wave overtones

Previously with Burn Thee Insects, alongside his father, French’s Lazer Beam project was recorded outside with a generator, at various locations, with the help of friend and producer Chris Hughes (Burn Thee Insects, KOOK, Phantom Hound).

You can pre-order/save ‘Sink Or Swim’ here.