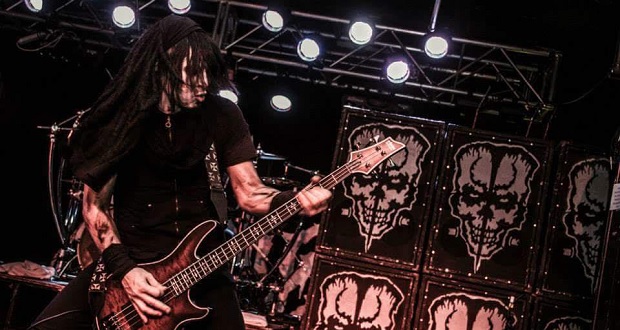 The horror-themed music and video producer will be picking up a bass guitar and taking to the stage with the Los Angeles-based act, who have released numerous studio albums since their inception in 2005 as well as completing tours with Static-X, Fear Factory and Coal Chamber.

Celebrating the 15th Anniversary of their debut album “Revolution Revolucion, Ill Nino barrelled through the London’s O2 Academy Islington on 28th March, and will make one final UK stop in Southampton’s Talking Heads before shooting over to Germany for a number of shows across Berlin, Dresden, Vienna and more. London’s performance saw the nu-metal act joined by supporting acts from Incite (fronted by Ritchie Cavalera), Xtortya, Ektomorph and of course, Madlife themselves.