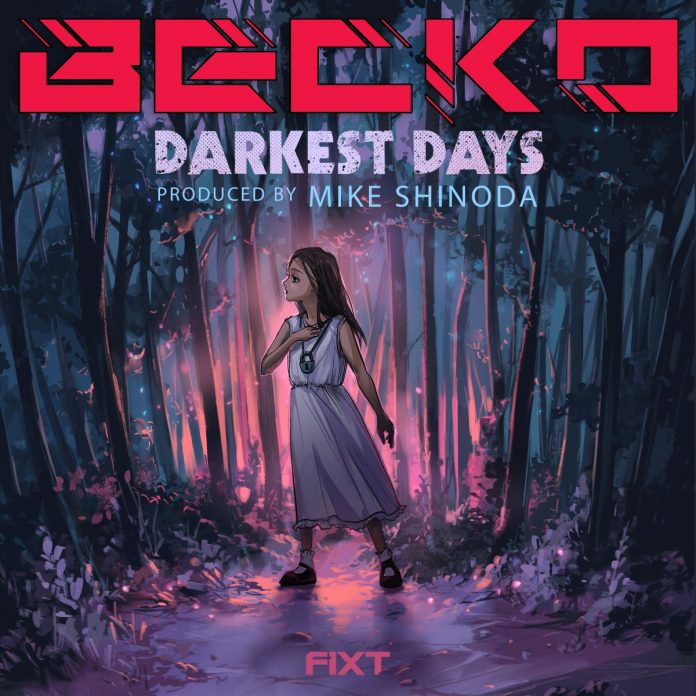 Becko is an Italian artist/producer based in Vatican City. Originally known as the vocalist from post-hardcore band Hopes Die Last, he’s released a new single and video called ‘Darkest Days‘ out now on all platforms from electronic rock label FiXT Radium.

‘Darkest Days’ is described as “a poignant creation juxtaposing heartfelt vocal melodies with intense screams and hard-hitting beats”. It was produced by Mike Shinoda (Linkin Park) and the video accompanying it is a cinematic, narrative-driven one as you will be to view for yourselves here at RAMzine.

With previous releases under his belt on labels ranging from Warner Italy and Universal Italy, to Monstercat, Lowly Palace, and Smash the House since 2014.Becko found a new home in early 2020, signing a multi-album deal with the independent, artist-owned/operated USA-based electronic-rock label FiXT, and released the full-length album Inner Self, as a fusion of rap and metal.

Becko’s new full-length album You Are (Not) Alone will be out in November 2021 through FiXT Radium.