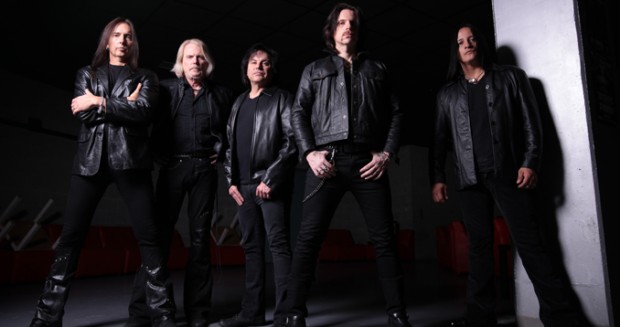 The boys are back town again…

In support of their much anticipated new album ‘Heavy Fire’, hard rockers Black Star Riders have announced an extensive UK and Ireland tour.

Vocalist/guitarist Ricky Warwick had this to say:

“It seems like ages since we did the Leppard / Whitesnake tour so we are all really looking forward to be back out on the road with BSR.  Our third album will be out just prior to the dates so its going to be great to play tracks from that along with favorites from the first two records also.  Having my old friends from Backyard Babies, Gun and The Amorettes out with us too is just icing on the cake to make a great tour!”

Joining them on tour are Gun, The Amorettes, and Backyard Babies.

W/ Gun and The Amorettes 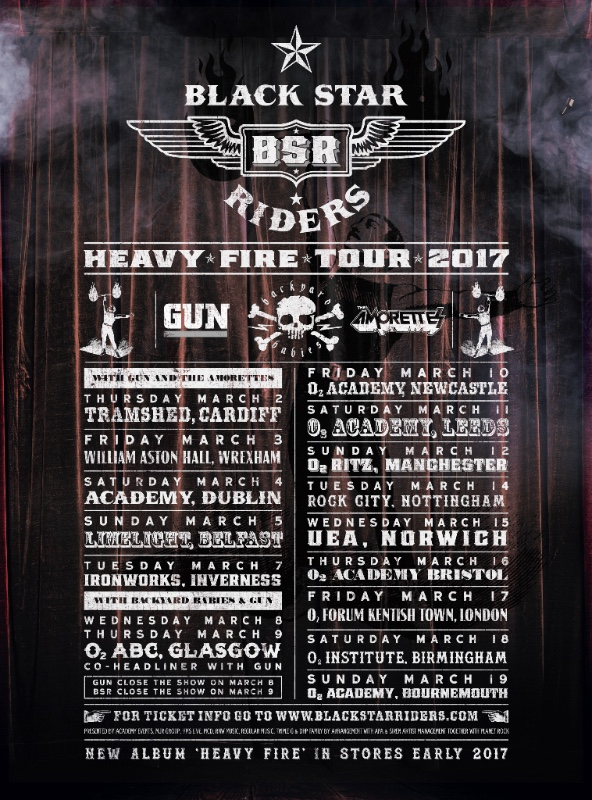 Black Star Riders are made up of members of the final Thin Lizzy line-up and play their classics as well as their own new material.

‘Heavy Fire’ is due out next year.