Ahead of their UK tour, Irish hard-rockers Black Star Riders have given us more details on their upcoming album Another State Of Grace.

Released September 6th via Nuclear Blast, Another State Of Grace is the first album to feature new drummer Chad Szeliga (best known for his work with Black Label Society) and former Stone Sour guitarist Christian Martucci. The line-up is complete with Ricky Warwick, Robbie Crane and of course the legendary Scott Gorham.

The album was recorded and mixed in Burbank, Los Angeles by producer Jay Ruston who has previously worked with the likes of Anthrax, Stone Sour and Steel Panther.

Tracklist for Another State Of Grace: 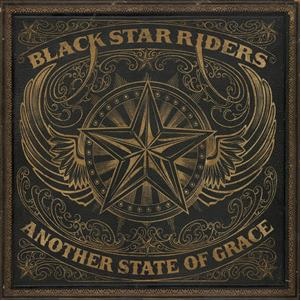 1.Tonight The Moonlight Let Me Down
2. Another State Of Grace
3. Ain’t The End Of The World
4. Underneath The Afterglow
5. Soldier In The Ghetto
6.Why Do You Love Your Guns?
7. Standing In The Line Of Fire
8. What Will It Take?
9. In The Shadow Of The War Machine
10. Poisoned Heart

You can check BSR in the UK at the following dates: