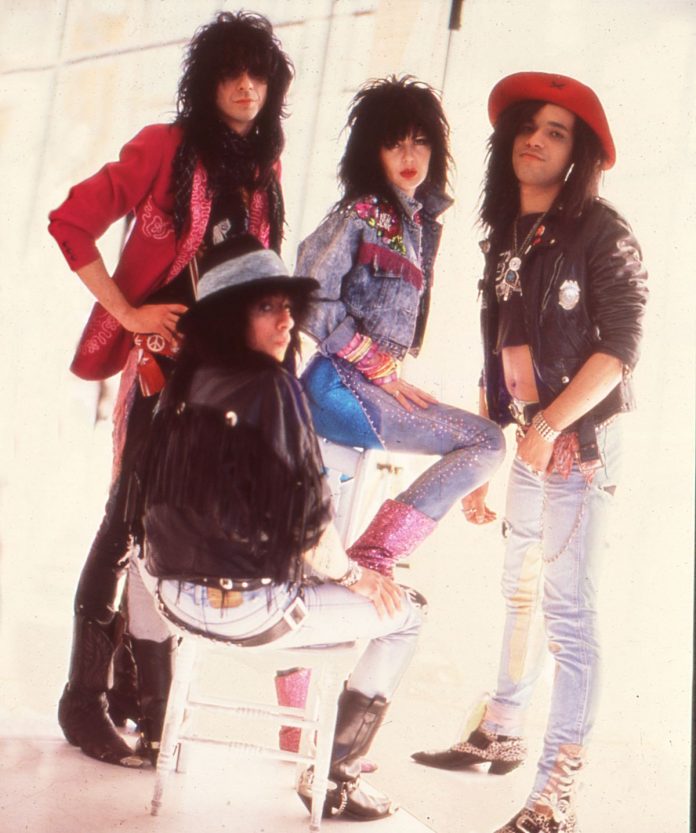 ‘Bleed For Me‘ by Smashed Gladys has been released as a new single through Golden Robot Records.

The song meets you at the intersection of tough rock chick and funky glam boys – and tells you exactly where to go. Turn it up and you can feel the heat of a packed downtown club and smell the whiskey wafting through the air.

Born from the embers of the vibrant Toronto punk scene, back in 1984, the band fronted by vocalist Sally Cato headed for New York City where they became part of the legendary glam/hair metal scene, made demos with Kiss’ Gene Simmons and signed a deal with Elektra Records.

Fate had a way of kicking the band in the teeth though, drug overdoses nor excluded. Cato got out while the going was good, becoming a graphic artist, but sadly passed away in 2020.

‘Bleed For Me’ is the fourth single to be released from what will be the band’s posthumous third album, Raw, featuring recordings mad back before they split alongside their demoes with Simmons.

You can buy it here and check out the video for it right here at RAMzine.