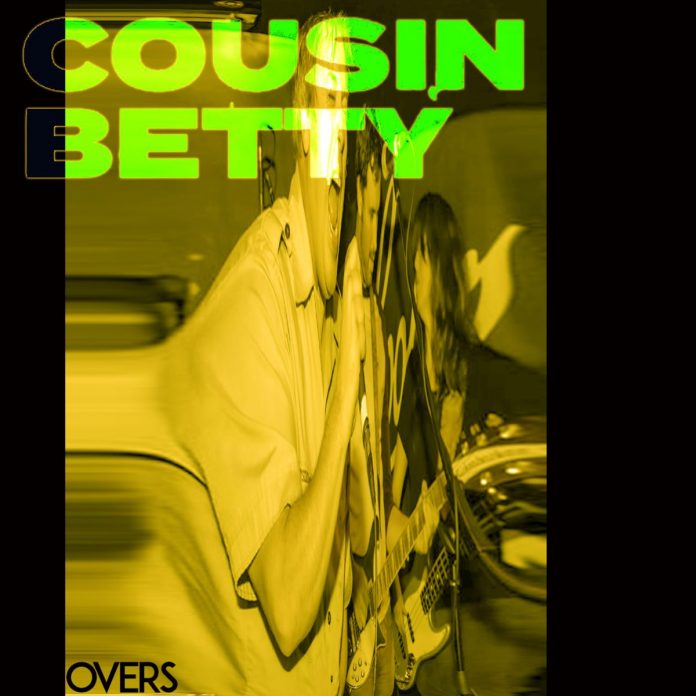 Overs is the latest offering from Sydney’s Cousin Betty.

Following the success of their debut EP Left and the singles ‘Drone’, ‘Tape Hiss’ and ‘AWOL’, this new EP sits in the happy middle ground of a band finding its way from the solo project of guitarist Damien Stofka, to the collective of Sydney stalwarts that now complete the band’s physical line-up.

Featuring members of Nitocris, Madame Fatale, Death Mattel, Litter and Spurs for Jesus (and Lime Spiders on this EP)), Cousin Betty’s roots in garage psyche are far less apparent as their music takes on a broader scope.

One such, ‘New Dimensions’, is an exploration and analysis of the diabolical sci-fi death cult Heaven’s Gate – It’s out as its own single and has been described as a “desert rock scorcher”, and you can watch the video for it right here at RAMzine.

Other track on the EP are ‘Laika’, that is a lockdown collaboration between Melbourne mates Pat Walker (Farewell Horizontal) and David Lees (All Of The Dirt All At Once), where files were sent back and forth interstate, resulting in a weird instrumental that captured the mood of the time; ‘Voodoo Vibe, that was inspired by the James Bond Movie Live and Let Die, and is said to sound like “the walking dead take a rollicking romp through the Caribbean”, plus ‘Bass Witch’, a fantasy about “a kick arse bass player” and a sequel to ‘Bass Queen’.

You can listen/buy Overs here.