Bloodstock: Anthrax and more announced for 2016 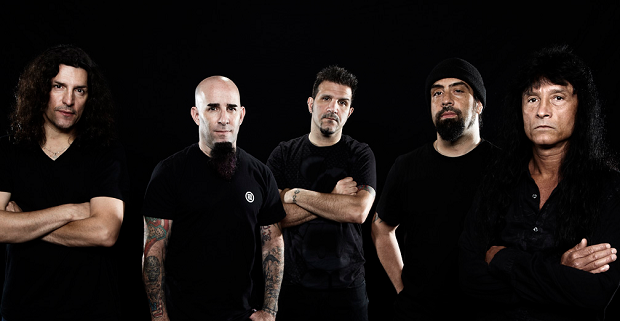 Beating all the rushes that come with the festive period ahead, Bloodstock have today announced the addition of three further bands for the 2016 festival line up, with Gojira, Satyricon and Anthrax!

First up are the French music genius Gojira, performing on the Saturday as special guests, after a mammoth display in 2013, you can expect them to bring waves of heaviness and riffs bigger than any beast in the deep blue sea. With the band currently working on a new record in their own studio hopefully in time for Bloodstock, vocalist Joe Duplantier had this to say:

“BLOODSTOCK is one of our favourite festivals in the UK! The quality of the bands playing is always a high standard and we
love the passion of the people who come to rock out! It’s an honour to be a part of it again.”

Keep up to date on all goings on in the Gojira studio here: www.facebook.com/GojiraMusic.

Having claimed the special guest slot for the Sunday of 2013, Anthrax are set to return to the same slot for 2016, after all, they are the law! Scott Ian and co. are no strangers to the scene with over three decades clocked as a band, and still coming up with new idea’s for new material. We can expect the release of new album ‘All for Kings’ in February, giving all plenty of time to listen and learn it to sing along with them at Bloodstock.

The ever enthusiastic legend Scott Ian comments: “On the most metal of days we will once again have the privilege to rage with you crazy fuckers! BLOODSTOCK!!! A festival fit for all kings!!! See what I did there? See ya soon, my friends.”

Should February be too long to wait for new Anthrax, latest single ‘Evil Twin’ can be heard below:

For those preferring their metal in more of a blackened form, Norwegian Black Metal titans Satyricon have been announced for Bloodstock, not only will this be only UK show of 2016, but it also marks the 20th year of their reign in the world. To celebrate this monumental milestone, Satyricon will be performing their classic album ‘Nemesis Devina’ in full for their Sunday slot.

Infamous frontman and visionary Satyr tells us: “There’s a nemesis walking through life, for all to face. And there’s a Divine Nemesis, for all to face that come to see Satyricon at BLOODSTOCK 2016. Let us celebrate the 20th anniversary of a milestone album like only Norsemen and Brits can!”

Find out more on Satyricon at www.facebook.com/SatyriconOfficial

What is already an outstanding line up, with plenty more to come, Bloodstock Festival is set to continue their reign as the premier British metal festival!

Early bird weekend tickets with camping are available now, priced £120 (+booking fee) via:
http://bloodstock.seetickets.com/event/bloodstock-2016/catton-park/902838.
BLOODSTOCK is family-friendly and welcomes rockers of all ages! A weekend ticket with camping for kids aged 4 – 11 is just £35 (+booking fee) and if your little mosher is under 4, they can join you for free (Note: all children must be
accompanied by a parent/guardian over the age of 18)!  Campervan pitches are already on sale and these move very quickly, so pick yours up ASAP to avoid disappointment. Rock Society passes are already sold out.

How to get to BLOODSTOCK? The official coach travel partner, Big Green Coach, has packages on sale. You can now secure your coach trip straight to the festival site with only a £10 deposit. Ditch the hassle of car parking, trains or transfers and let Big Green Coach take you and your camping gear straight to the festival from 21 departure locations across the UK. To guarantee your return seat and see where you can catch the coach, check:
http://www.biggreencoach.co.uk/events/bloodstock-festival-tickets-coach-travel.
If you’re coming by train instead, you can also book their rail shuttle bus service, leaving from Lichfield train station to the site every few mins, for arrivals on Thursday and departures on Monday.  Full info at the link.

BLOODSTOCK will be held at Catton Park, Derbyshire on 11th-14th August 2015. Keep up to date with the very latest info on BLOODSTOCK’s official sites at www.facebook.com/bloodstock and www.bloodstock.uk.com, or via Twitter on @BLOODSTOCKFEST