Bloodstock has many rightful claims to the metal festival throne. Apart from the stellar line-up we witness year after year and the en masse crab walking (just YouTube Evil Scarecrow’s 2014 performance on ‘Crabulon’ and it will make sense-ish), is the festival’s nationwide battle of the bands competition, Metal 2 The Masses. If you’re unfamiliar, bands from all over the country compete in their own respected regions to fight for the honour to play B’stock, alongside their contemporaries as well as headliners Scorpions, Parkway Drive and Sabaton this year.

This grass roots support for the underground is the pride and pillar of Bloodstock’s philosophy. Alas, it’s that time of year again for the cream of the crop to ascend as the finals kick off Saturday 27th April in Coventry. Over the next two and a half months, riffs will fly, pits will flail and beer will be chugged on Valhallaian proportions. If you would like get your mosh on to some homegrown metal you’d be proud to see grace the Hobgoblin Newblood Stage see the dates below for more info.

By now we know what you’re thinking, ‘But RAMzine, surly there can’t be anymore B’Stock can pull out the bag?’ Well guess again, bub! SIX more bands from across the globe have been added to an already head crushing line-up. It’s time to break it down to its bare bones once again for y’all:

Wheel – Anglo-Finnish tech prog – CHECK OUT ‘Where The Pieces Lie’.

Crescent – Egyptian blackened death metal –CHECK OUT ‘Beyond The Path Of Amenti’.

Blood Red Hourglass – Metal from the wastes of Finland – CHECK OUT ‘Heal’.

We’ll see you in the pit, you beautiful bastards! 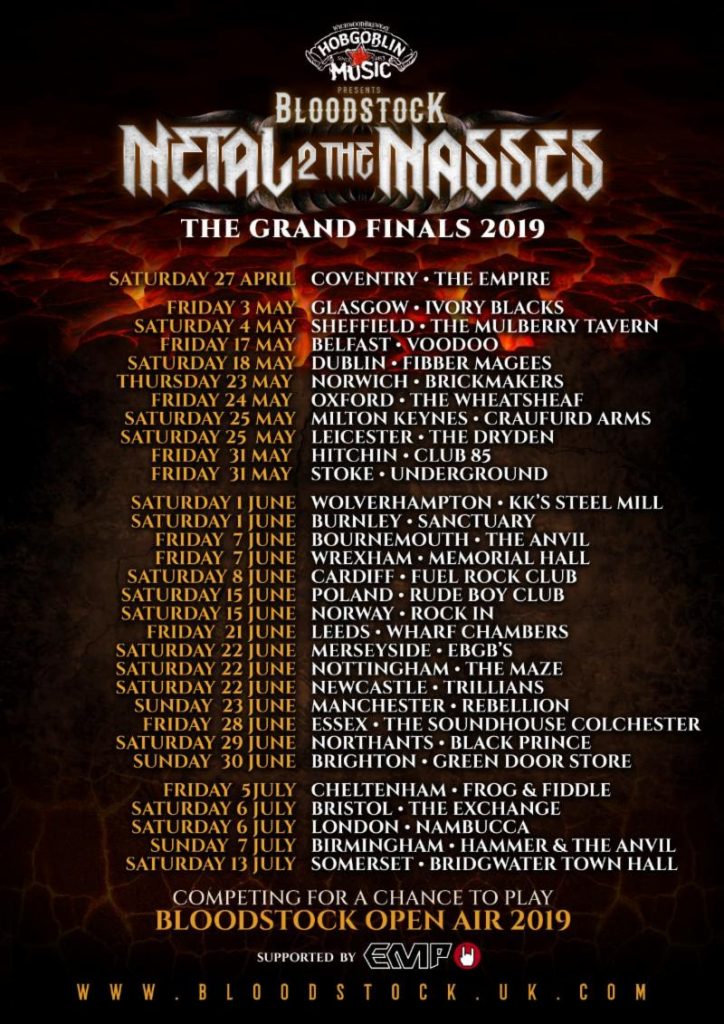