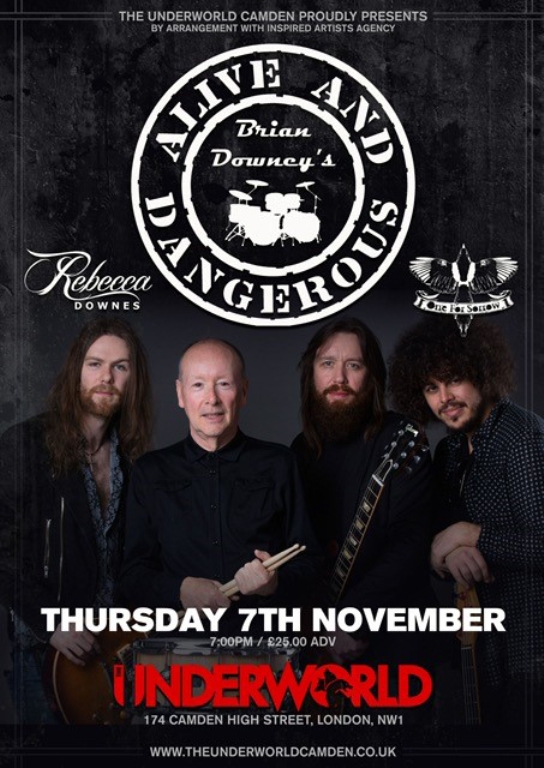 Due to popular demand Brian Downey’s Alive And Dangerous will return to the Camden Underworld on Thursday 7th November.

Downey put the band together in 2013 following Thin Lizzy’s reunion tour, and him subsequently declining to join Black Star Riders. “It just didn’t feel right for me,” he said.

Instead, he opted to stay in Ireland where he gathered Brian Grace (best known as the guitarist for The Commitments’ Andrew Strong), plus former Low Rider band members Matt Wilson (lead vocals, bass), and Phil Edgar (lead guitar) to form Brian Downey’s Alive And Dangerous.

It wasn’t until last year the band ventured across the ocean to Great Britain. They were well received on that first tour, and the affection and admiration fans had for Downey himself profoundly obvious.

There’s no news of another full UK tour as yet, so those looking for fireworks from a band firing on all cylinders should get themselves along to see Brian Downey’s Alive And Dangerous at The Underworld this November.

Support acts are Rebecca Downes and One For Sorrow and tickets are available by clicking here.