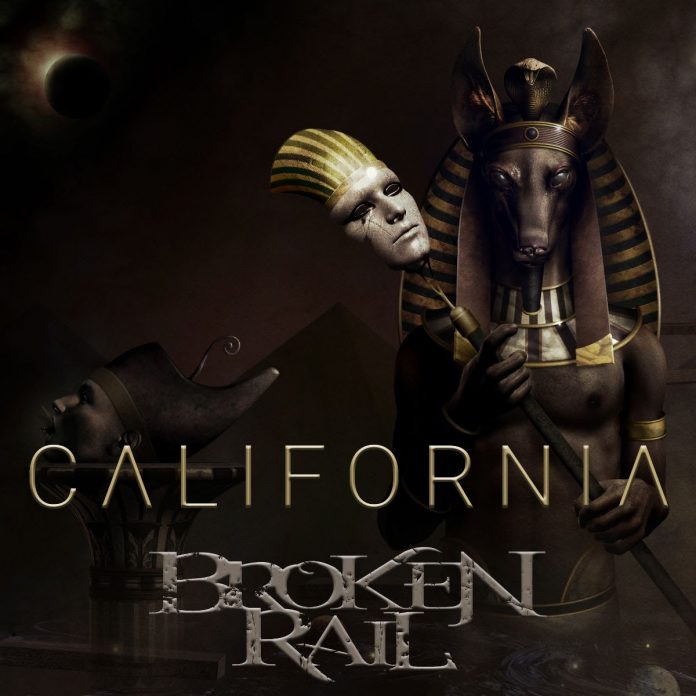 Dallas based active rock quintet Brokenrail has been setting US radio charts on fire recently with their current single, “California,” one of the more mainstream leaning tracks from current album, Beautiful Chaos, and they just released an official video for it.

Brokenrail frontman Blake Clawson said, “The video was shot with our long-time director Alan Collins and his wonderful team back in February of this year at a professional movie warehouse we rented in Atlanta, Georgia. We wanted to capture the dreamlike allure that California has always provided to young musicians in search of purpose and fame.

“The song is almost a nod to the chase itself and the sacrifices made to continuously move towards those goals even after time has yielded the dream isn’t quite what we had imagined.

“It had been months since we had all seen one another and so the night prior to the shoot got a little out of hand ha, ha. We had the best of times but were paying for it early on setting up the shoot. As always though, the second the lights turn on and the director yells “Action” it’s game on. We packed a lot over 3 days in Atlanta as we also shot the video for our heavier song ‘The Haunted’.

“Building two sets and sharing those memories with such an amazing musical family is always so rewarding. We really needed it after what 2020 put us all through. This really set the tone for 2021 and kickstarted some crazy moves on our part that are truly paying off. It’s shaping up to be a very busy year for Brokenrail!”

The Beautiful Chaos album was produced by Joseph McQueen (As I Lay Dying, Bad Wolves) and recorded in Los Angeles at Sparrow Sound.  A recording session the band showed up a few days early for so they could ring in the New Year in LA.

“Between The Rainbow and The Viper Room out in Hollywood it was certainly a night!” Clawson recalled. “We also had our good friend Michael out in LA take us out on some amazing adventures from rooftop bars, the Santa Monica boardwalk, the Edison downtown.

“Amazing times for sure! We also went out to NAMM after we finished the record where we met with some great industry reps and spent time with our label reps. We finished the night back at The Rainbow to celebrate the completion of the album. Another great night!”

However, not everything was constant wine and roses for certain members of the quintet. “Dave and I got very sick about halfway in and halted recording for almost five days. That was brutal. Had to have plenty of bedrest and fight some hoarseness on some of the songs to finish the vocals. It all turned out great though in the end.”

You find more about Brokenrail and The Beautiful Chaos here and watch the videos to their two most recent singles right here at RAMzine.